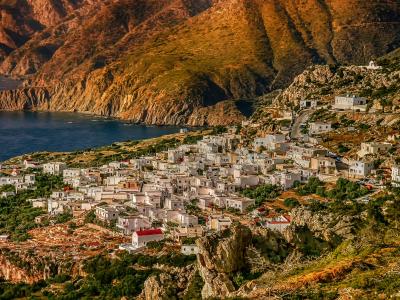 The Global X MSCI Greece ETF (NYSE: GREK), the only Greece exchange traded fund trading in the United States, is up 23 percent this year, underscoring the economic and equity market redemption stories happening in the once downtrodden Mediterranean economy.

Not only is the $294.32-million GREK trading higher, but the ETF is outpacing the MSCI Emerging Markets Index and the MSCI EMU Index by wide margins. Those are relevant comparisons because Greece is a Eurozone economy and is also classified as an emerging market.

“The recent rally in Greek equity market caught many by surprise,” said East Capital partner Tim Umberger in a recent note. “In a series of negative news around the globe last year, investors were not paying attention to the significant progress that the country has made over the years, including in 2018 and beginning of 2019.”

Some of the issues with investors ignoring Greece is attributable to the country’s reputation for volatility. GREK’s underlying index has annualized volatility of just over 38 percent compared to 10.16 percent on the MSCI ACWI Index. Additionally, once-scorned investors may have needed more convincing that the Greek economy is truly on the mend.

“Unjustifiably low valuations provided good entry opportunity in 2019, but it took investors some time to grasp that economic reality is improving,” said Umberger. “The country is expected to grow at around 2.5% in 2019, significantly higher than the Eurozone as the battered economy is getting out of a 10 year slump.”

Previously painful austerity measures and other fiscal adjustments put Greece in a position to meet short- and medium-term funding obligations, something fixed income investors are finally acknowledging as yields on Greek 10-year bonds reside around 3.3 percent, down from 4.7 percent six months ago.

“Despite the strong year to date performance, Greek assets remain cheap,” said Umberger.. “One should bear in mind that the equity market is still down a remarkable 85% over 10 years. With further improvement in the economy that will ultimately translate into higher earnings, the rally could have further legs going forward. Elections expected later in the year could serve as additional catalyst as liberal, market friendly opposition leads the polls with a large, double digit margin.”

Coal ETF Has Some Pluses And Minuses

It’s Time For These Tech ETFs

A Year Into A Resurrected Hemp Market, How Are States Handling It?

Recap: Eight Events That Drove The Bitcoin Economy In 2019

This Software Platform Is Seeking To Become 'The Single Source Of...