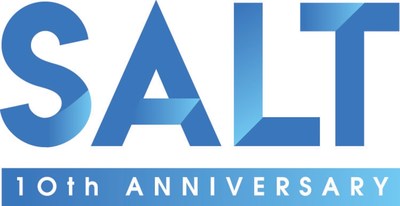 SALT has continued to broaden its platform for this year’s event, focusing on ways to harness technology, public policy and private capital to spur greater economic opportunity both at home and abroad. With more than 200 speakers participating in 75+ panels across three stages, this year’s SALT conference will provide a wealth of information while also allowing the 2,000 invitation-only guests an opportunity to network, relax and recharge.

“For our 10th anniversary event, we wanted to continue to build on the tradition of SALT within the finance community while integrating with more forward-looking elements like artificial intelligence,” said SALT founder Anthony Scaramucci. “This year’s conference will offer something for everyone, both new and returning guests alike.”

With technology creating vast opportunity and untold wealth in the U.S. and around the world, SALT will delve into several relevant subjects. Sal Khan, founder of Khan Academy, a nonprofit that provides free online learning in multiple languages, will host “Optimizing Education for the Digital Age.” On the emerging technology front, “Crypto Winter: Ice Age or Great Thaw?” will feature Dr. Nouriel Roubini, an American economist who once referred to blockchain as “the most overhyped—and least useful—technology in human history;” Michael Novogratz, CEO of Galaxy Digital, a cryptocurrency investment firm; and Joe Lubin, a founder of Ethereum, a cryptocurrency often referred to as “Blockchain 2.0.”

Michelle Noyes, Head of Americas at the Alternative Investment Management Association (AIMA) and a frequent SALT attendee, is particularly interested in exploring the intersection of alternative investing and technology in greater depth.

“The rise of big data, machine learning, and digital assets is continuing to disrupt our industry and create new opportunities for our members,” she said. “The interdisciplinary content of SALT has always been its strength, and this year is no different with fintech innovators in dialogue with industry veterans.”

Ten years post-housing crisis, real estate investment will also serve as a focal point for the conference. Angelo Mozilo, former Chairman of the Board and CEO of Countrywide Financial, will offer lessons learned in the wake of the bursting of the housing bubble; and billionaire real estate investor Sam Zell will share insights gleaned over his 50-year career, part of an “Up Close and Personal” interview with FOX Business anchor Liz Claman.

As one of the leading hedge fund industry advocates, the Connecticut Hedge Fund Association, led by president Bruce McGuire, has been in attendance at SALT since its inception and sees it as crucial for the industry as a whole.

“SALT launched in the wake of the financial crisis and turned out to be a much-needed gathering place for financial industry executives who were grappling with the momentous events of ’08-’09,” he said. “[SALT] quickly became the central convention for members of the alternative investment management community and brought us together for much needed discussion, debate and some fun.”

Philanthropy will be a focus of the conference, both on and off the stage. Michael Milken, Chairman of the Milken Institute, will host “High-Yield Philanthropy: How Access to Capital Drives Rapid Innovation.” SALT has also partnered with several charities, including Art Beyond Sight, the Brain Tumor Foundation, Help for Children, Make-A-Wish Southern Nevada, Operation Underground Railroad and Out in Tech.

With gender diversity a critical issue in the #MeToo era, SALT has teamed up with The Female Quotient to host The FQ Lounge, which serves as a home for equality at major conferences such as the World Economic Forum, Milken Global Conference and Cannes Lions. The two-day lounge will present discussions centering on a host of topics, including “Diversity and the Bottom Line,” keeping diversity as part of your business plan, not just a side project and “Creating Cultures of Belonging,” best practices for building teams and organizations that are powered by inclusion.

Todd Sears, the founder and principal of Out Leadership, a global LGBT+ business network, will lead one of the diversity panels that features executives from BlackRock, Bank of America, 100 Women in Finance, and HP, believes that diversity and business goals are intricately connected.

“LGBT+ inclusion is a business driver, and we’re excited to discuss how companies can create Return on Equality with many of the world’s most innovative business leaders at SALT,” he said.

Over the years, SALT has become both a premier business conference and a highly anticipated networking event. This year, the SALT conference will feature musical headliner John Fogerty, singer, lead guitarist and songwriter for Creedence Clearwater Revival. Guests will also have the opportunity to mingle over cocktails, poolside parties, and health and wellness activities.

To request an invitation or inquire about sponsorship and VIP opportunities, please visit http://www.salt.org or email info@salt.org.

SALT is a global thought leadership forum devoted to unlocking growth opportunities in finance, economics, entrepreneurship, public policy, technology, and philanthropy. Founded in 2009, our flagship annual event, SALT Conference | Las Vegas, brings together many of the world’s foremost investors, policy experts, politicians, and business leaders for four days of networking, idea sharing, and entertainment. Visit www.salt.org to learn more or connect with @SALTConference on Twitter, Facebook, LinkedIn or Instagram or by using #SALT2019.

'Changing The World One Doobie At A Time': A Talk With Old Pal's Brand...