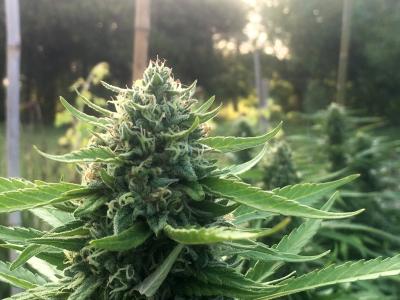 The Washington state legislature presented Governor Inslee with a bill that would allow marijuana licensees to provide consumers with more information on a product label. The new law would allow licensees to include a description of the intended role of a nutrient or dietary ingredient in a product on the structure or function of the body. Businesses seeking to use a structure or function claim must be able to back up these claims with evidence.

The bill originally contained a list of words that could be used to describe the intended role on the structure or function of the body including “wellness,” “well-being,” “health,” “maintain,” “support,” “assist,” “promote,” and “relief,” and derivatives of any such terms, but these have been removed from the current version.

The bill also requires businesses labeling products with a structure or function claim to include a disclaimer indicating that “[t]his statement has not been evaluated by the State of Washington. This product is not intended to diagnose, treat, cure, or prevent any disease.” Businesses should also review the product label for compliance with federal regulations if needed.

Washington also voted to allow cannabis businesses an opportunity to address issues or violations before they are fined by the Washington State Liquor and Cannabis Board (WSLCB). The bill is intended to refocus the state’s regulators from regulating though enforcement efforts to educating marijuana licensees on how licensees can meet the regulator’s compliance expectations. The bill limits the WSLCB’s ability to bring enforcement efforts against licensees for mistakes that do not directly harm the public health or safety.

Washington recognizes that local entrepreneurs assumed financial and other risk to build the marijuana industry, and that the industry will make mistakes as it grows. The new law requires the WSLCB to provide a marijuana licensee with a notice of correction for issues identified by the regulator during an inspection, and a statement on how the licensee can achieve compliance. The WSLCB may only issue a penalty if the licensee fails to comply with the notice of correction or engages in similar non-compliant activity. However, the new law does not limit the WSLCB’s ability to initiate an enforcement action for illegal activities outlined in the Cole memo including diversion of marijuana, the sale of marijuana to a minor, and diversion of money to criminal enterprises.

A Look At Apple Freight

Drivers Now Have ELDs, But Who Has Their Data?