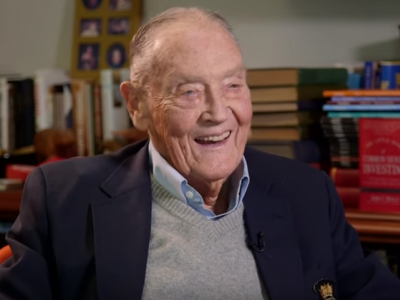 On this day 44 years ago, the Vanguard Group of Investment Companies began its operations.

In 1975, the Vietnam War officially came to an end after Saigon fell to the North Vietnamese. The blockbuster movie “Jaws” dominated the U.S. box office. The average cost of a new car was $4,250.

Vanguard was formed in 1975 after founder Jack Bogle envisioned a new type of mutual fund company that could be owned by its clients and operated with their best interest in mind.

As Vanguard grew, Bogle wanted to redirect net profits into lowering costs for Vanguard’s clients, in the same way a credit union historically worked. Vanguard soon opened the first ever index mutual fund, and the company became wildly successful, enabling it to lower costs even further.

The Life And Legacy Of Jack Bogle, Legendary Investor And Founder Of Vanguard Group

GBP/USD: Bears Take A Breather Ahead Of UK CPI

EUR/USD: Fearful Of The Fed