As long as the US and China continue talking, the tariffs and counter-tariffs are only part of the game, and a solution is not that far away. But trade talks may not resume, and markets do not like it.

Chinese state media has reported that the country is no longer interested in talks with the US. Moreover, they have advised US Treasury Secretary Steven Mnuchin not to travel to Beijing as it may be useless. Stocks are down, and the safe-haven US dollar and Japanese yen are up.

The news comes as the US announced that its blacklisting of Huawei, a Chinese telecommunications giant, comes into effect today. While Washington insists the move is not related to trade talks, it is hard to disconnect the two. This latest breakdown is a further deterioration after the world’s largest economies detailed new levies on each other.

A new factor in the trade war is the value of the Chinese yuan. The currency extends its erosion against the greenback, edging closer to 7 on USD/CNY. President Donald Trump accused China of manipulating its currency to support exports. So far, Chinese authorities have refrained from using this tool, keeping it as a last resort and also due to their own interests: preventing capital flight.

The escalation in trade tensions overshadows economic data, but the University of Michigan’s preliminary consumer sentiment index for May will be of interest. It is set to hold onto its high ground, thus projecting further robust consumer spending.

Overall, headlines related to trade will likely set the tone. 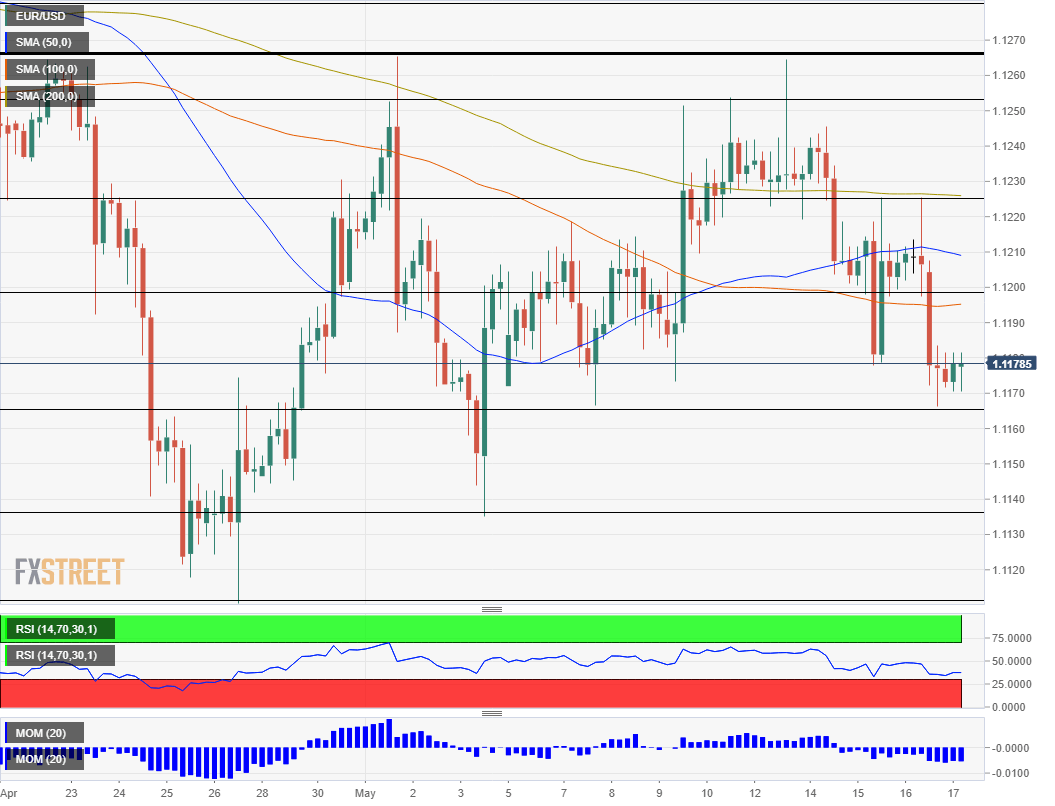 EUR/USD is trading below the 50, 100, and 200 Simple Moving Averages on the four-hour chart. Momentum remains to the downside while the Relative Strength Index holds above 30, thus not reflecting oversold conditions.

The pair hangs above critical support at 1.1165 which was the low point on Thursday and also a swing low earlier this month. Also, it capped EUR/USD in late May.

Why Wouldn't You Attend The Cannabis Capital Conference In Chicago?