CHENGDU, China, May 17, 2019 /PRNewswire/ — Distributed cloud-based pool mining platform, MaxiMine, is honoured to announce that it will be joining the incoming Jinse Salon Series as a strategic partner this May. MaxiMine’s CTO and Operations Executive (China), Mr. Yao Kunhua, has been invited to be a guest speaker at this event and will be speaking on the ecosystem of MaxiMine’s mining farm that promises to invigorate the crypto mining scene. 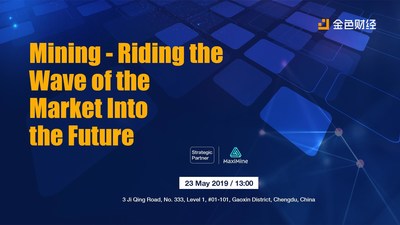 Mr. Yao is an early investor of Bitcoin and has always believed in its innate potential. As an expert on blockchain technology and its technical infrastructure, Mr. Yao is well-versed with fintech and has had seven years of experience in the blockchain field. Mr. Yao was also one of the earliest business partners of the mining pool, antpool.com, that was reported to be the largest Bitcoin mining pool in 2018 based on its Bitcoin network hash rate.

Following the successful launch of the Avalon Mining Rig 1st Generation in 2013, Mr. Yao started his own mining farm that has since expanded quickly in both scale and capacity. With multiple branches across the region such as in Inner Mongolia and Sichuan, its unrivalled growth has broadened the scope of its services and strengthened its research and development sector. Presently, the farm claims ownership of over 20 patents with many new proprietary technology under its belt. 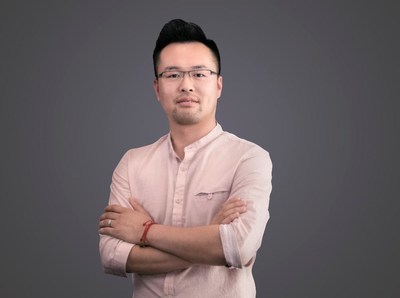 A common saying circulating in the crypto mining circle goes like this: “Success hinges entirely on the riding of the tide.”

To those familiar with the crypto mining industry, a rise in tidal waters is a cause for celebration as it signifies a greater electricity output with lowered utility costs and wider margins of profits.

During the wet season each year, it is a race among miners to scour the land for the lowest cost of electricity to ensure a smooth sailing ride into monetary victory. As the wet season is just right around the corner, what can people expect the outlook for miners to be this year?

The theme of the upcoming salon in Chengdu — Mining: Riding the Wave of the Market into the Future — seeks to address the above question and will delve deeper into the infrastructure and ecosystem behind a successful mining farm. The event is set to begin on 23rd May 2019 at 1 pm and will be graced with the presence of several industry representatives from renowned blockchain corporations.

In addition to MaxiMine CTO, Mr. Yao, who will be speaking at the event, a few other illustrious names in the industry are also been added to the list of guest speakers. 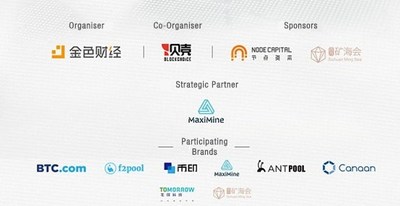 A panel discussion themed “Pushing Boundaries During the Wet Season and Seeking Where the Future Lies”  will also be held, and will be helmed in with invaluable insights and contributions from the distinguished guest speakers.

With such an exciting line-up, one cannot help but stay tuned for more.

MaxiMine is a highly efficient and transparent cloud-based pool mining platform. Its headquarters is located in Singapore and has a strong international presence in the industry. Since its launch, MaxiMine has been garnering positive attention for its innovative business model and operational capabilities, paving the way for unfaltering growth ahead.

To find out more about MaxiMine, visit their socials at:

Global Safes and Vaults Market Analysis, Trends, and Forecasts, 2016 Through...