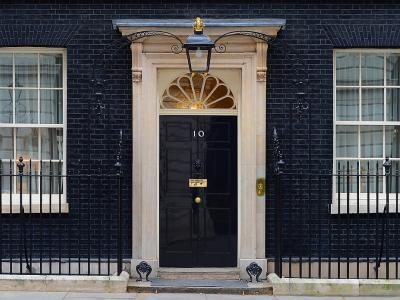 Reports emerging Wednesday from Westminster suggest that British Prime Minister Theresa May is set to resign, according to Sky News.

It was reported earlier in the day that May was on her way to visit the Queen for her usual meeting.

May has laid out a fresh plan to get Parliament to back the Brexit divorce package, with the prospect of a second Brexit referendum and other concessions to entice opposition lawmakers to ratify the deal.

May has urged members of parliament to back what she described as a “new” Brexit deal, but many are criticial, saying the deal isn’t new at all.

Very senior MP tells me the word from the Cabinet corridor in the HoC is that the PM will resign tonight, Andrea Leadsom is poised to resign to launch a leadership bid, others may also resign & David Lidington will take over as acting PM. Unconfirmed!

May faced calls to resign Wednesday amid a backlash against her Brexit plan from Conservative MPs.

There is a full-scale revolt over May’s new Brexit deal, with Conservative MPs calling for a change in the party rules to facilitate a leadership challenge.

Reports: May Will Step Down After Brexit Deal Is Reached

The Other Side Of 'Sell In May And Go Away'

Capacity Tightens Into The Holidays, But How Long Will It Last?