NEO is among the worst hit cryptocurrencies on the market by the bear pressure that is still sweeping across the crypto universe. NEO/USD initially found support at $10.50 – $10.75 allowing it to push for a recovery towards the recent high slightly above $13.25. However, the bullish momentum stepped above $12.50 and stalled short of $12.75.

At the moment, the price is dancing with 11.70 after the 4.5% declines on the day embraced support at $10.50. Marginally above the current value, the first resistance is seen at $11.75. The price is below both the 50 Simple Moving Average (SMA) and the 21 SMA. The gap between the moving averages is, however, reducing, showing that bullish momentum is brewing in the short term.

Meanwhile, the RSI is heading upwards after coming into contact with the overbought. The bullish reversal is also supported by the MACD indicator whose signal line is almost crossing into the positive zone.

Traders can expect NEO to test $12.00 in the sessions before the trading closes on Wednesday. A break above the supply zone at $12.50 is likely to ignite fresh interest in the recovery which could eventually form new 2019 highs heading to $15.00. 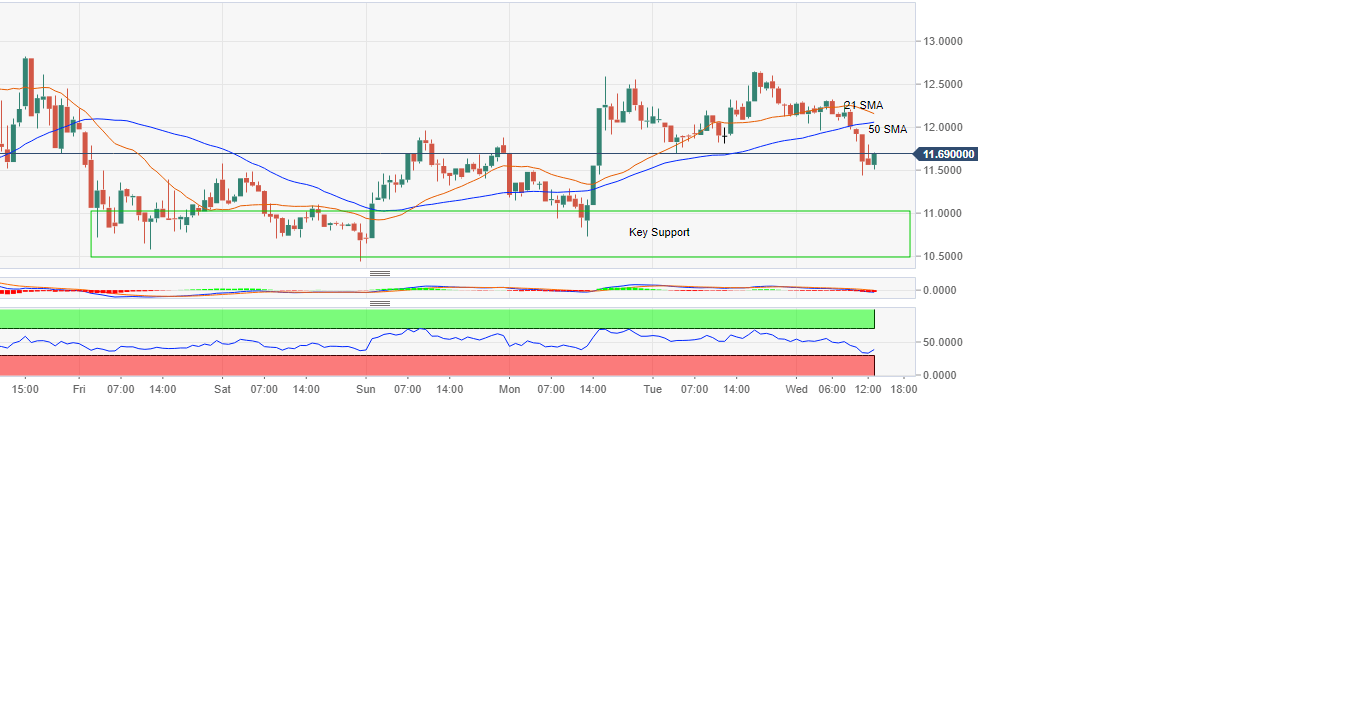 Airstrike Could Propel Tanker Rates Back Into Stratosphere