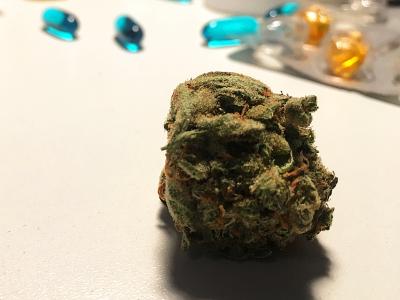 We all remember old man Pavlov and know that a lightbulb moment for his dogs was more of a drool than an a-ha revelation. Learnt to associate food presentation with the light going on, dog’s body conditioned to link the two and produce anticipatory GI effects. What happened there has similarities to placebo effect.

We need to anticipate in order to produce a meaning response.

In other words placebo presented to you as a promising treatment would produce a far greater measurable effects than when it is mixed in into your food unbeknownst to you. The difference in effect of active treatment presented in similar scenarios wouldn’t be as significant.

We know that every quality clinical study has to be compared against placebo. In certain ailments, for example pain management or neuropsychiatric disorders, it is often observed that the clinical response to active therapeutics is often only marginally superior to placebo.

We all know placebo to be a ‘dummy’ – inert and inactive compound, however it sets off a biochemical mechanisms producing an often measurable effect. There is most likely not a single placebo effect, but many, depending on illness or condition the intended ‘drug’ is aimed at.

Placebo pain relief takes place through measurable psychoneuroimmunological mechanisms dependent on activation of opioid and endocannabinoid systems. Our body makes its own cannabinoids and yes, opioids (thank you, endorphine et al.) in response to placebo.

How do we know it’s true?

New term, placebome, child of ‘placebo’ and ‘genome’ may have the answer. Recent study showed that a genetic mutation in endocannabinoid system present in almost half of the population ultimately leading to increased levels of endogenous cannabinoids corresponds with the decreased placebo analgesia. While THC’s pain-relieving properties through direct activation of cannabinoid receptors in parts of the nervous system responsible for pain processing is more or less understood, far less is known about the CBD’s ‘magic’.

Today with countries around the world reevaluating and easing regulations surrounding use of cannabis, public becomes more exposed to the nuances of plant’s potential. With plethora of claimed therapeutic benefits (I bet googling any medical symptom or condition would show cannabis to be helpful) we need to assign this immense value to something. THC with its intoxicating properties is ‘too fun’ to me a medicine, hence, let the ‘good’ brother – CBD, carry the medicine’s torch. That’s indeed how many perceive cannabis: THC is for adult use and CBD is for the medical market.

As much as we praise CBD’s numerous benefits, as little we truly know about the way it works, especially in managing pain. The only CBD pharmaceutical on the market – Epidolex, is a drug approved for treatment of hard-to-treat pediatric epilepsies. Thanks to this trials taken to get this drug to the market we know that CBD is generally safe.

What we have to remember is that epilepsy and pain are mediated and controlled through absolutely different pathways – they are different rooms and we don’t really know if CBD is a master key opening not one, but both of them and, possibly, working in other conditions too.

It has been demonstrated that CBD can act synergistically with THC and boost its analgesic effect , but to date no clinical trials assessing CBD as a monotherapy in pain have been conducted. Mayo clinic researcher has put out and interesting (and not baseless) hypothesis that ‘Rather than being either a placebo or drug, cannabis might be a drug both conveying and inducing a meaning response. This may explain the rather broad effects of cannabis that knowingly improve the quality of life of patients, but also the blurred boundary between medical and recreational cannabis’

Even with cannabinoid receptors being literally most numerous neuronal type in the brain, it isn’t there, or only there that CBD molecule exerts it’s action (or, in truly CBD fashion, to be simultaneously more vague and precise – actions). Is your head spinning yet? Have some CBD.

With cannabis and, particularly, CBD, celebrated as the panacea of today it is reasonable to see while people crippled by pain would hope and expect the relief and thus, unknowingly, bring it up upon themselves. Is it all in your head? Even if so – if it makes life more livable – let it be.

Olga Chernoloz, PhD is a specialist in neuropsychopharmacology and founder of Omnica Biotech, which supports the advancement of knowledge in cannabinoid space through an evidence-based approach.

Robinhood on track for at least $7 billion valuation with upcoming...