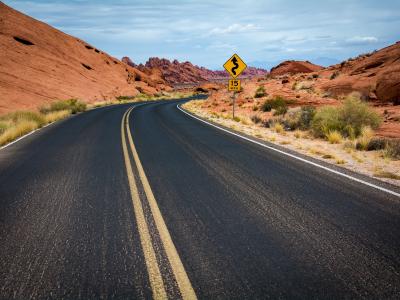 At the International Transport Forum 2019, a panel discussed the relevance of the Chinese Belt and Road Initiative (BRI) in effecting seamless freight movement between Europe and Asia and the network’s potential to make freight transport cheaper and sustainable enough to fit the emissions goals of the Paris Accord.

Nicolas Beaumont, the senior vice president of sustainable development and mobility at the Michelin Group, initiated the discussion by stressing the importance of adding sustainability to the equation of trade efficiency and growth. “It is important to look at the impact the BRI infrastructure from an environmental, social and societal perspective. We need to analyze the mortgages that some cities and countries may have to provide to be part of this project,” he said.

“Enabling mobility between Europe and Asia is wonderful, but we need to lower our CO2 emissions. Companies will be asking the BRI or any other project of that scale what they are going to do in order to reduce CO2 impact, and I think that’s really important,” he continued.

Supee Teravaninthorn, the director general of investment operations at the Asian Infrastructure Investment Bank (AIIB) weighed in, explaining that the BRI is creating a new paradigm in regional integration, with a big vision to connect China to Central Asia, the Middle East and eventually Europe. “Though this is called the new Silk Road, what is key for BRI is how it would bring the world together to create a bigger market and narrow the gap of connectivity,” she said.

Once completed, the BRI network would touch over 4.4 billion people and connect economies that account for over $23 trillion in annual GDP – an enticing prospect. “There was a study done that said if the world halved its transport costs, the volume of world trade could increase by close to 12 to 15 percent. That’s a huge number, considering that world trade today is a couple of trillion dollars,” said Teravaninthorn.

Nonetheless, to cut transport costs and proliferate cross-border trade it is vital to invest in infrastructure. Though China has pledged $1 trillion to build the BRI network, the estimated cost of infrastructure needs in the developing and emerging economies across Asia-Pacific through 2030 is $26 trillion. This would mean that the countries that are part of the project will have to finance a part of the infrastructure on their own, which could be supported in part by the AIIB.

Though the BRI is largely about building an extensive land and maritime transport network, air cargo movement does remain a critical facet of transportation. Adefunke Adeyemi, the regional director for advocacy and strategic relations for Africa at the International Air Transport Association (IATA), spoke about how aviation was integral to BRI as the industry can cross borders faster than other means of transport, thus realizing true regional integration.

“In Africa, China has signed agreements on BRI initiatives with many African governments and has achieved quite a lot. In Djibouti, China is building an airport, which is the first in terms of air transportation for the BRI network,” said Adeyemi. “We must be looking to create a seamless transportation system. I should be able to go by my car from one city to another, then hop on a plane from one city to another, and maybe get on a boat to move from one place to another. We need to think about connectivity in this manner.”

This apart, policies and regulations will have to be developed with adequate consideration for every element within the network, which Adeyemi explained should be done holistically. Guangzhe Chen, senior director of the transport global practice at the World Bank Group, added that one of the key indicators for measuring trade flow is border delays, noting that the sub- Saharan countries have a 20-fold longer time delay at their borders when compared to the G7 countries.

“It is not just about infrastructure, but also about regulations and facilitation. It is important that these huge investments are complemented with supportive policies, because ultimately this is about mutual integration of policies and investments,” said Chen. “It is also critical to see this investment as part of the countries’ national development plan and not just as a Chinese initiative, which ensures the sustainability of the project.”

BitCar to Hand Out Gift Vouchers at the Blockchain for Business Summit for Attendees...

A Peek Into The Markets: US Stock Futures Edge Higher; Bank of America Posts...