CYPRUS, LIMASSOL, May 28, 2019 (GLOBE NEWSWIRE) — (via Blockchain Wire) Major cryptocurrency casino 1xBit has partnered with True Flip, an independent studio far-famed for its authentic games with provably fair RNG based on blockchain (not available to US residents).

True Flip has been around since 2016, pioneering the crypto gambling niche with a set of provably fair games. Since then the studio has released some best-selling titles of video-slots, and several alternative games to acquire more specific audiences.

“We are happy to offer games at such prominent playground as 1xBit, and, of course, we welcome the local crypto fans to whom these games were dedicated! The further expansion of our partner network will open the World of True Flip to more passionate players.” – CMO Konstantin Katsev.

True Flip games are available at 1xBit from now on, with bets starting at 0.01 mBTC, and a maximum win as high as x16200 (Mining Factory). Find the game rules and information by clicking the in-game menus.

Established in 2016, 1xBit is one of the most interesting and fast growing cryptocurrency gambling platforms at the moment. It offers the widest selection of sport events and wagering options and definitely the highest odds for them on the market. Wide range of casino and casual games is also available – including in-house games of different genres and provably fair games.

The platform offers multi-currency accounts, supporting up to 20 currencies for play and payments. Web-site perfectly localized for over 60 languages and has 24/7 live-chat and e-mail support for most of them. To learn more about 1xBit, please visit 1xBit 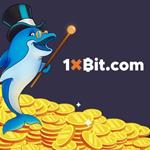 Fiat Chrysler US To Partner With Aurora Innovation

Zelira Therapeutics Will Partner With The Parkinson's Foundation

An employee works while sitting under a mural at Etsy Inc. headquarters in Brooklyn. Victor J. Blue/Bloomberg via Getty Images Check out the companies making headlines...