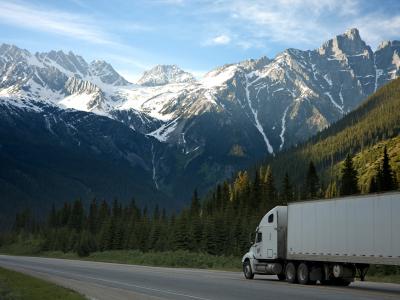 “All I know is that it’s indispensable,” Mulroney said during the Journal of Commerce’s Canada Trade conference in Toronto on June 4. Mulroney, who served as prime minister from 1984 to 1993, presided over the 1988 United States-Canada Free Trade Agreement, which NAFTA replaced.

Mulroney suggested that all three countries should look at expanding the free-trade umbrella to the rest of the Americas. He revisited the long-simmering proposed Free-Trade Area of the Americas, which includes 34 countries, except Cuba.

“This would be the richest trade agreement in history,” Mulroney said.

The brown marmorated stink bug can fly up to three miles. Named for its pungent odor, the insect is also known to travel on trucks and cargo ships. In Australia, the bugs recently struck the shipping industry and stretched the country’s border biosecurity system to its limits.

“There isn’t a way to avoid the tariffs.”

Seventeen of 18 crew members were missing after a cargo ship sank off the coast of Indonesia. (Yahoo News)

A Mississippi truck driver pleaded guilty to an alcohol-related crash that killed three people, including an infant, in Pennsylvania.  (Penn Live)

The Free-Trade Area of the Americas first emerged in 1994 after NAFTA’s adoption. It seems like a non-starter in the era of protectionism and Trump. Food for thought: one of the proposal’s fiercest critics was Hugo Chavez, the late socialist leader of Venezuela, who called it a vehicle for U.S. imperialism.