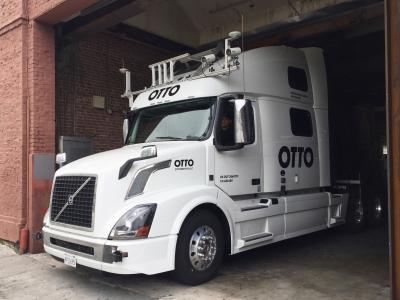 Just months after announcing it was expanding to Europe, Uber Freight has moved its first load there, working with U.S. partner Heineken. The load traveled the roads of the Netherlands.

“Innovation is an important element across the entire Heineken business and supply chain is no different. This first European load gives us the chance to experience Uber Freight in the context of the European market. We look forward to further exploring new opportunities such as this in the future” Maarten Koudenburg, senior director, Heineken Netherlands Supply Chain, said.

Heineken has utilized Uber Freight to move loads in the U.S., so the inclusion of loads in Europe is a natural extension of the partnership.

Europe is the third largest trucking market in the world, valued at around $400 billion annually, behind the U.S. and China, Uber Freight said. But, like the U.S., it is facing a shortage of truck drivers and is ripe with inefficiency. At the announcement of its European expansion in March, the company estimated 21 percent of all kilometers travelled by trucks are empty kilometers.

Small- to medium-sized carriers in the European Union comprise more than 85 percent of the total carrier pool, and just like in the U.S., they struggle to connect with larger shippers, which Uber Freight has been trying to change. The company reported it had over 36,000 carriers with 400,000 drivers and trucks in its U.S. network.

In the U.S., Uber Freight has added a series of enhancements to its platform to improve the efficiency of the system for both drivers and shippers.

In January, the company added Facility Ratings, giving drivers the opportunity to rate their experiences at various shipper facilities. Those ratings can be seen by others and could influence the rates of future loads if drivers refuse to drive to a facility. Drivers and/or carriers can rank facilities based on attributes such as detention time, overnight parking availability, bathroom facilities, and onsite scales. Rankings run from one to five and provide some insight into the conditions at a facility, Uber Freight said. Drivers can also leave a written review.

Shippers can tap into Lane Explorer, which guarantees a rate along a lane up to 14 days in advance. Uber Freight also launched Power Loop last year, which allows drivers to tap into a trailer pool.

A study released in April by UBS Group found that of all freight app downloads, Uber Freight leads the way with 23 percent share.