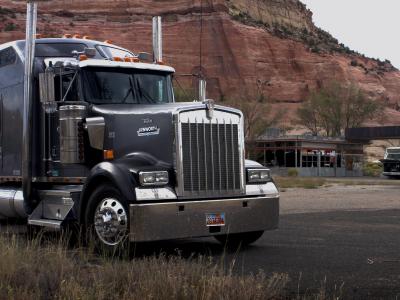 “We are a strong believer in autonomous vehicle technology, and we look forward to learning more about how Gatik’s innovation can benefit our customers in the coming months,” said Tom Ward, senior vice president of digital operations at Walmart.

The funding will be used to develop Gatik’s technology and secure launches of additional commercial services this year.

“We are focused on deploying autonomous commercial service at scale to address the costly, underserved middle-mile delivery for businesses, like Walmart, the largest retailer in the world,” said Gautam Narang, CEO and co-founder of Gatik. “Our investors represent the best in technology, autonomy, logistics and supply chain, and our last funding round has allowed us to quickly grow and be prepared to deploy with additional customers in the coming months.”

Founded in 2017, Gatik creates autonomous solutions to tackle urban logistics for businesses. The company, which has a second office in Toronto, uses  Level 4 automated light trucks and vans to transport goods and claims it can reduce operations 50 percent for businesses while improving safety, increasing efficiency and reducing road congestion and emissions.

“There is a huge gap between autonomous Class 8 big rig trucks, which can only operate on highways, and smaller automated vehicles such as sidewalk robots and Nuro vehicles, which are restricted by operation speed, capacity, distance, and the curb. Gatik fills the critical ‘middle mile’ part of logistics, which is only becoming more valuable as a layer in the $800B logistics ecosystem,” said Reilly Brennan, founding general partner at Trucks Venture Capital. “We’re inspired by Gatik’s vision and expertise to solve the untapped market of urban short-haul delivery logistics.”

In an interview with FreightWaves, Narang declined to reveal details about the Walmart partnership other than to say the startup would be helping the retailer with logistics challenges. He said more details on that partnership would be revealed in the coming week, as would information about additional customers Gatik has secured.

Walmart has ramped up its investment in AV solutions this past year, announcing new partnerships with Ford and  Burlingame, Calif.-based technology company Udelv to test autonomous delivery.

Gatik co-founders and brothers Gautam Narang and Arjun Narang (CTO) have been working together in the field of robotics, AI and machine learning for 10+ years, also previously working with Apeksha Kumavat, Gatik’s third co-founder, to develop autonomous outdoor security  robots. Together, the trio of co-founders bring expertise from Carnegie Mellon, Ford, and Honda’s self-driving research units; and bring more than a decade of experience, deep knowledge of autonomous systems, and award-winning innovations including the DARPA Challenges and the Google X Prize for moon rover technology.

Bank of America has found the perfect recession play — death