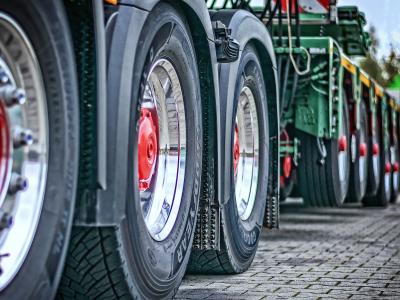 The provincial and federal governments announced on June 10 that they will each offer up to C$5.9 million (the Canadian dollar equals US$0.75). The funds will cover incentives for fuel-saving devices and retrofitting of heavy trucks to fight climate change.

“This is a good thing,” said Terry Shaw, executive director of the Manitoba Trucking Association, which represents about 300 companies operating in the central Canadian Province. “Any help that makes us more efficient is welcome.”

The joint funding from the Liberal federal government of Justin Trudeau and the Progressive Conservative government of Manitoba represented a small area of common ground on climate change policy. Manitoba is among the four provinces with a federally imposed carbon tax because it refused to implement one of its own.

“Heavy-duty trucking is a significant driver of our local economy, but also a growing source of greenhouse gas emissions,” Rochelle Squires, Manitoba’s Minister of sustainable development, said in a statement. “Making fuel-efficiency improvements specific to the industry is key in helping Manitoba achieve its reduction targets in a meaningful way and enhance the competitiveness of our businesses.”

“While it’s certainly welcome – don’t get me wrong – what’s being returned to us is nowhere near what the taxes are taking out.”

The federal carbon tax, which took effect in April, added C$0.054 per liter to diesel. Members of the trucking industry have called on the government to return proceeds of the tax in the form of subsidies to improve the environmental footprint of fleets.

Shaw noted that the funding, though a positive step, still falls short of the C$1 million per week that he estimated the carbon tax is costing Manitoba’s trucking industry.

“While it’s certainly welcome – don’t get me wrong – what’s being returned to us is nowhere near what the taxes are taking out,” Shaw said.

The bulk of revenues collected by the federal carbon taxes are returned to taxpayers in the form of rebates. More recently, the federal government announced additional government rebates for small- and medium-sized businesses.

How To Add Delivery Service To Your Cannabis Retail