A flag waves outside of a Wells Fargo bank branch October 3, 2008 in San Francisco, California.

Wells Fargo is still pursuing the CEO of JP Morgan’s consumer and community bank Gordon Smith to take the helm, although the report said it is unlikely Smith comes on board.

Former CEO Tim Sloan resigned from the bank in March, after 31 years at Wells Fargo. Sloan was supposed to clean up the mess left by his predecessor, but he struggled to satisfy regulators’ demands to clean up the bank’s malpractices.

In 2016, news that employees at Wells Fargo had created millions of fake banks accounts to meet sales quotas severely damaged the reputation of the bank and spurred scrutiny from regulators. Last year, the Federal Reserve capped the bank’s asset growth after the Wells Fargo discovered more problems with customer dealings. 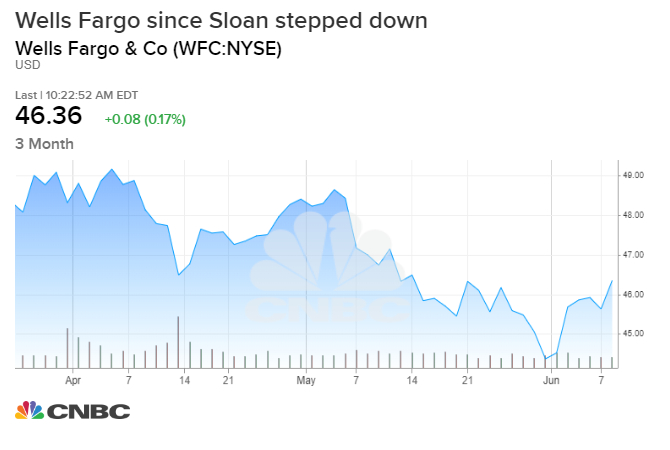 Shipping Magnate Goes “All In” With IMO 2020 Wager