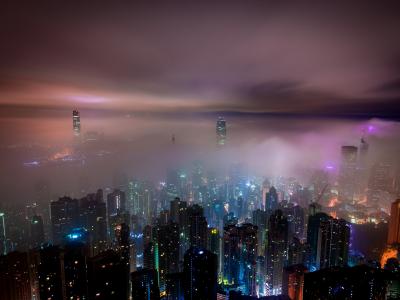 A major developer of, and financial investor in, Asia Pacific logistics parks has launched a potential US$1.24 billion initial public offer on the Hong Kong stock exchange.

Hong Kong headquartered ESR expects dealings on the Hong Kong Exchange to being on Thursday, June 20, under the stock code 1821.

If the IPO is successful at the upper end of the range it would generate HK$9.76 billion (US$1.24 billion). At the lower end, it would generate just over HK$8.18 billion (US$1.04 billion). However, the company estimates it will raise net proceeds (after fees, commissions and other expenses) of about HK$5,273.5 million (U.S.$671.8 million), assuming an offer price of HK$16.80 per share, which is at the mid-range of the offer.

The vast majority of that cash will be used to retire debt and unconverted preference shares. About HK$4,732.5 million (approximately US$602.9 million) , which is 89.7 percent of the offer, will be used for this purpose. The remaining 10.3 percent, about HK$541.0 million (US$68.9 million) will be invested in logistics properties, either off its own balance sheet or as co-investments alongside the funds it manages. The company plans to continue with a find-and-develop strategy; hopes to enter new markets in Asia and also attract more capital into its investment funds.

A considerably larger amount of property is held by the funds and investment vehicles ESR manages. As at the end of 2018, third party-owned properties under its management stood at 9.15 million square meters. About 5.2 million square meters were in completed properties; 2.45 million were in properties under construction and 1.46 million was land held for future development. It manages 19 funds and investment vehicles.

ESR generated US$254.1 million of revenues in 2018, which represents a 65.8 percent rise from the year before. The company generates a large amount of its revenues from management fee income: US$135.6 million last year, which is 53.4 percent of total revenues. In its prospectus, ESR said that the net profit in 2018 stood at US$213.1 million. “The majority of our profit was derived from fair value gains on investment properties and share of profit and losses of joint ventures and associates,” the prospectus said. The company also generates rental income from the properties it develops and capital gains from selling developments.

ESR began life as two separate companies. Firstly, the Redwood Group was set up in 2006 by Stuart Gibson and Charles Portes to focus on logistics development in Japan. Secondly, a company called E-Shang was set up by WP OCIM and Jinchu Shen to focus on growth in China. The two merged in 2016 and expanded in 2017 in Singapore and India. In 2017 it entered Australia through acquiring equity stakes in Australia Stock Exchange listed companies. In August 2018, it bought the whole equity of a developer of commercial and industrial real estate projects.

Flaring Tensions With Iran Could Spark This Geared Oil ETN

Goldman is looking to fix the flaw that has Apple Card users claiming gender...

YRC's New Financing Is Part Of Its Latest Restructuring