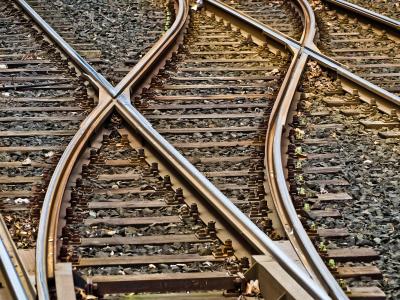 The American Short Line and Regional Railroad Association (ASLRRA) is urging Congress to pass legislation that would make permanent the tax credit that short lines receive for infrastructure improvements.

The trade group says it believes there are enough votes to pass both H.R. 510, the “Building Rail Access for Customers and the Economy Act,” in the U.S. House of Representatives and S. 203, a companion bill in the U.S. Senate.

Both bills contain language that make the Short Line 45G tax credit permanent. The tax credit, which expired last December 2017, enabled short lines to conduct maintenance on existing track. The legislation calls for short lines to receive a credit of 50 cents for each dollar that the railroads invest in track and bridge improvements. The credit is capped at $3,500 per mile. The term 45G refers to where the tax credit is discussed in the U.S. tax code.

The tax credit has been tied to previous bills, including those to stimulate the U.S. economy, with each bill outlining when the tax credit would expire. Another Senate bill awaiting review, S. 617, seeks to allow short lines to receive a tax credit for rail maintenance made in 2018. But the bill doesn’t make the tax credit permanent.

But the ASLRRA is hopeful that bipartisan discussions to determine what tax credits should become permanent will result in a permanent tax credit for short lines. The trade group recently made its case before a bipartisan task force formed by Senate Finance Committee Chairman Chuck Grassley (R-Iowa) and Committee Ranking Member Ron Wyden (D-Oregon). The task force is looking at the issue of making some tax credits permanent.

“Extending tax incentives for a year or two at a time is no way to craft public policy. The Finance Committee’s task forces are working to develop permanent solutions to these vexing tax issues,” Wyden said.