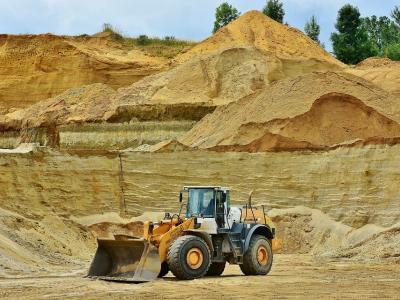 Eastmain is a Canadian junior gold miner in the James Bay gold camp in Quebec. President and CEO Claude Lemasson highlighted the company’s infrastructure in their main properties, Clearwater and Éléonore South JV, the latter of which is a joint operation with Newmont Goldcorp and Azimut.

A Preliminary Economic Assessment was issued for the Clearwater Property in May 2018, clearing the way for baseline environmental work. With the company recently receiving permitting for advanced exploration, they expect to begin expansion drilling in early 2020.

Constantine is a North American junior explorer. The company’s flagship Palmer Project is a copper-zinc deposit that they discovered in Alaska. But its primary focus right now, according to Vice President of Exploration Darwin Green, is its gold projects.

Constantine’s portfolio of 100 percent-owned gold projects includes the Johnson Tract, a gold and base metal-rich exploration project off the market for more than 20 years, and Munroe-Croesus, which has mined some of the highest-grade gold ever mined in Ontario, according to Green. Constantine intends to spin off its gold assets into a separate entity.

First Mining Gold focuses on gold projects in North America, primarily northwestern Ontario. According to CEO & Director Dan Wilton, the company has built one of the largest gold resource bases in Canada, with 7.3 million ounces of measured and indicated gold resources and 3.6 million ounces of

The largest project, Springpole, is the second largest undeveloped deposit in Ontario. Once it moves through permitting, Wilton said the project has the potential to produce more than 400,000 ounces a year.

Executive Vice Chairman Egizio Bianchini focused on Ivanhoe’s three main projects in Africa: the development of new mines at the Kamoa-Kakula copper discovery in the Democratic Republic of Congo (39 percent owned by Ivanhoe), the redevelopment and upgrading of the Kipushi zinc-copper-germanium-silver mine (68 percent owned and also in the DRC), and the Platreef palladium-platinum-nickel-copper-gold discovery in South Africa (64 percent owned).

The three mines are at various stages of construction, though Bianchini highlighted the Kamoa-Kakula as most important for Ivanhoe. A mining feasibility study was also completed earlier this year.

PetroShale is a pure play light oil producer in the North Dakota Bakken formation. President & CEO Mike Wood highlighted the large number of drilling locations across the region and laid out the company’s plans to execute high-intensity fracs. The company has also completed several acquisitions in the last nine months, enhancing high-quality drilling inventory in the region.

Wood noted that PetroShale’s stacked oil pay—in which the same pieces of land offer multiple oil and gas formations, essentially acting as an acreage multiplier—allows for significant horizontal drilling opportunities across as many as four oil zones.

NioCorp is developing the Elk Creek project, an underground deposit in southeast Nebraska rich in niobium, scandium, and titanium. All three superalloys have been designated “critical materials” by the U.S. government.

The Elk Creek Project is one of the few pure-play critical minerals projects in the U.S. with a definitive feasibility study, key U.S. federal permits already obtained, and strong support from local residents. Niobium has a global market value of over $2 billion, and 75 percent of the company’s niobium product is already under an enforceable sales contract for the first 10 years of production.

Ascot is a Canadian-based junior exploration company focused on restarting the Premier gold mine located in British Columbia’s Golden Triangle. Premier at one time was the largest gold mine in North America, but has since been in care and maintenance since 1998.

According to President and CEO Derek White, the company was enticed by the existing infrastructure in place, which enabled the company to restart the mine for $50-60 million, a fraction of what it would have cost to build from scratch. The company estimates that, if they can produce 200,000 oz of gold per year at a margin of $500/oz, they can achieve annual cash flows of $100 million.

Excelsior is planning to become the next big copper producer in the United States. Rather than the conventional method of open-pit underground copper mining, Excelsior is utilizing in-situ extraction, a more cost-efficient and environmentally friendly process that involves drilling holes in the reserves.

President & CEO Stephen Twyerould said that, because Excelsior is in the bottom quartile of copper producers and has such low operating costs as a result of the in-situ extraction, the company is immune from any potential tariff headwinds. He expects to see their first copper production at the end of 2019 from the Gunnison Copper Project in Arizona.

The Disconnect Between Carbon Reporting And The Freight Transportation Industry

President Donald Trump speaks during an event to announce proposed rollbacks to the National Environmental Policy Act regulations in the Roosevelt Room of the...