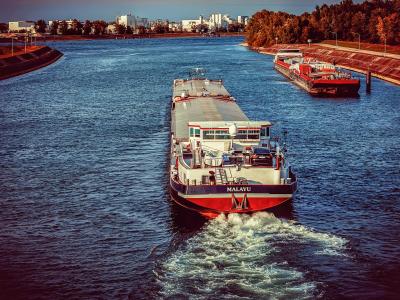 A weekly look at what occurred in the oil markets of the U.S. and the world this past week and what’s ahead. From left to right: Michael Winstone, Freepoint Commodities; Ananth Srinivasan, V-Tic Services; Giacomo Rispoli, Eni; Ralph Grimmer, Stillwater Associates; Richard Swann, S&P Global Platts

It’s going to be OK.

That was the message of Mike Winstone, a vice president at Freepoint Commodities and a long-time trader of the “bottom of the barrel,” the usually lowest-value refined products that among other things are used to power ships.

It is that fuel that is at the heart of the IMO 2020 regulation and that threatens to upend diesel markets in the coming months. To quickly recap the rule, it will restrict the amount of sulfur in marine fuel to 0.5 percent from the current cap of 3.5 percent. It goes into effect January 1 under the auspices of the International Maritime Organization, but preparations for that data are expected to start hitting markets by September.

The potential impact on trucking is fairly simple – it is expected that to comply with this rule, various strategies will be employed, some of which involve diverting some diesel molecules into the shipping industry and away from over-the-road use.

Winstone’s presentation was one that a trucking company unfamiliar with all the moving parts of the refinery process would be hard-pressed to follow, as he talked about the complex price relationships among the dozens of petroleum process that come out of a refinery. But it ultimately came down to a belief that those relationships would produce market incentives that will lead the world’s refining system to produce what’s needed for IMO 2020.

He was more confident about ample supplies starting in 2021, primarily because of the rate of adoption of scrubbing units on ships. Scrubbers are onboard installations that “scrub” sulfur out of emissions, enabling ships to keep burning the high sulfur fuel oil (HSFO) they’re burning now and still stay in compliance with IMO 2020. He gave estimates on the number of scrubbers that will be in place January 1, when the rule goes into effect, and that they would allow about 600,000 barrels per day (b/d) of HSFO to continue to be consumed.

But more importantly, Winstone said, the rate of adoption will grow the use of scrubbers by about 10 percent per year, with each scrubber allowing HSFO to keep doing what it is doing now – powering ships. “It will continue to decline further from there,” he said.

Once the first 10 percent growth is in the books, Winstone said he saw the need for 0.5 percent-compliant fuels to be about 2 million b/d. At that point, he said, supplies would be “ample.”

Winstone went through a list of changes that the refining industry is in the process of making or he believes will make to provide enough compliant marine fuel. There will be added capacity in what are known as topping units, the most basic unit in the refining system. Refiners will make changes to their existing capacity in other parts of the refining process (and if there was one theme that continually recurred at the conference, it was that refiners have been steadily making significant changes in their facilities to prepare for IMO 2020).

“Don’t underestimate the capacity of the industry to adjust to economic incentives,” Winstone told the conference.

One of the areas that Winstone laid out on how the industry will meet the mandate is the blending of an intermediate distillate product, which is now used to make a variety of products including vacuum gasoil (VGO). Winstone said he projects that about 400,000 to 500,000 barrels per day of VGO and a product called straight run will be diverted from existing uses to make new blends of marine fuel that are compliant with IMO 2020. That diversion has been noted as one of the key possible pain points for the buyers of over-the-road diesel.

Several speakers over the course of the conference noted that there was no clear sign of IMO 2020-related price movement in the diesel market. Winstone indicated he thought there actually were price signals coming from the market already that bode well for adequate supplies. For example, he took a snapshot of prices from a few days earlier. A barrel of gasoline on the Gulf Coast was selling for $65.60/barrel; a barrel of 0.5 percent IMO-compliant fuel was selling for more than $72. Note that historically, gasoline would be trading well above HSFO but in this case was trading below its substitute.

But as Winstone noted, with that sort of price incentive, “what refinery is not going to be producing as much as they can?”

He also said he has seen in the market enough of the intermediate products needed to produce 0.5 percent sulfur marine fuel that if refiners switch their operations to yield more of it, “you could easily flood 0.5 percent supply.” The shifting that goes on now at refiners between what they produce in gasoline and diesel goes on all the time; a shift of 4 percent to 5 percent in yields over a relatively short period of time is not uncommon. Winstone laid out a scenario in which even a 1 percent switch, driven by market incentives, could help ease any fears of a shortage of compliant fuels.

Winstone was confident that the coming switch will be done so on the back of sufficient inventories already in tank for the products needed to make compliant 0.5 percent fuel. “We believe the market has already amassed the vast majority of the material required to make the volumetric inventory switch,” he said.

But it’s important to note in reviewing Winstone’s remarks that they are mostly soothing for buyers of marine fuel. What he was attempting to assure the audience was that, as he said, “The molecules are there. They aren’t going away.”

But the reality is that from the perspective of a trucking company, those molecules are going to be diverted away from existing over-the-road diesel use. Given that the conference was aimed at the market for bunker fuel (the industry term for marine fuel) and residual fuel, an assurance of supply into that market was understandable.

But the molecules that were going to make ultra low sulfur diesel instead being diverted into a strong price for 0.5 percent marine fuel – which needs to be made using diesel molecules – is what the trucking industry should be concerned about.