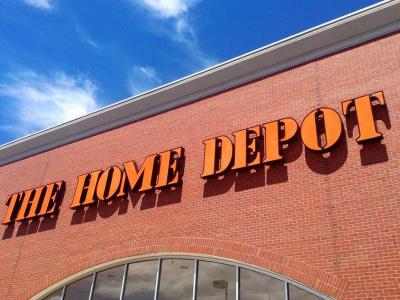 A commitment in late 2017 to invest over $1 billion into its supply chain network is allowing The Home Depot (NYSE: HD) to expand into same- and next-day delivery while bolstering its standing as a favored company among carriers and drivers.

That distinction for the Atlanta-based home improvement retailer comes in the form of a fifth-place ranking among 25 winners of FreightWaves’ Shipper of Choice Awards, conducted in partnership with freight brokerage startup Convoy.

Carrier-members of Truckload Carriers Association and the Blockchain in Transport Alliance voted on the nominees over several weeks earlier this year. The winners were announced at FreightWaves’ Transparency19 conference in Atlanta on May 8, 2019. The award recognizes manufacturers, distributors and retailers that do the best job of fighting driver detention, providing accessible facilities, and understanding what it takes to remove efficiencies from the supply chain.

“Home Depot has been committed to being shipper of choice for many years,” Michelle Livingstone, the company’s vice president of transportation, told FreightWaves. “We recognize carriers, and often drivers, have a choice as to which customers they serve, and we want them to choose Home Depot. This award is terrific recognition of our Supply Chain and Store associates’ efforts to create a positive environment for every driver.”

Livingstone pointed out that while the company’s five-year, $1.2 billion investment in equipment, technology and infrastructure across its supply chain network will “create the fastest, most efficient delivery in home improvement” it also exposes the carrier to another set of drivers as it moves aggressively into the same-day, last-mile space.

The Home Depot announced in September 2018 its partnership with startups Roadie and Deliv, along with its intention to add more than 100 new distribution centers to its supply chain so that it can store its inventory closer to final destination.

While Home Depot already uses trucks to deliver large items like building materials the same day they’re ordered, the new service focuses on consumer goods like power tools and home furnishing that can be delivered by car or van.

By the end of the second quarter of 2019, the company will have same- and next-day capability for small parcel items from stores for 50 percent of the U.S. population, according to Mark Holifield, The Home Depot’s executive vice president for supply chain and product development, speaking during the company’s first-quarter meeting in May.

When its supply chain initiative is completed, the company expects its expanded network to be able to provide same-day and next-day delivery capabilities for 90 percent of the U.S. population for both parcel and big, bulky products.

And with The Home Depot’s now-recognized commitment to its more traditional large-truck workforce, expectation is high that the company will be able to replicate that commitment to a new pool of last-mile “crowd-sourced” drivers.

The Litecoin Foundation Works to Drive Financial Empowerment in the Classroom with UNICEF Kid...

Ocean Shipping On Wall Street: The Sound Of Silence