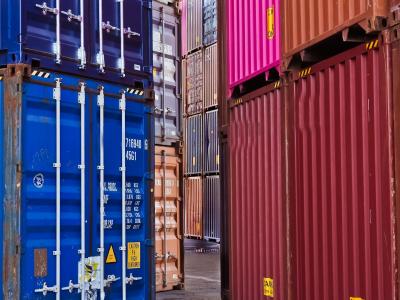 Container port terminals are pleading once again with the Trump Administration that massive – and expensive – gantry cranes critical to the flow of U.S. imports and exports be removed from the latest round of Chinese tariffs.

Those urgent requests will be part of seven days of hearings featuring over 300 witnesses from dozens of industries at the U.S. International Trade Commission in Washington, D.C., that began June 17. They’re hoping to avoid a proposed 25 percent tariff on a long list of products that make up $300 billion of imports from China.

In 2018, port and terminal operators were able to negotiate container gantry cranes off the first two rounds of tariffs imposed by the United States on Chinese imports after pointing out the economic implications to importers and the supply chains on which they rely.

“We were pleased the U.S. Trade Representative (USTR) decided to not include ship-to-shore cranes” after a similar hearing last year, said American Association of Port Authorities President and CEO Kurt Nagle, in prepared testimony planned for June 21.

“However, we are deeply disappointed ship-to-shore cranes and other tariff codes that include port equipment are back” on the most recent list, he said. “Tariffs on port equipment will have a detrimental impact on ports and their ability to fund needed infrastructure investments, which will in turn impede U.S. ports’ competitiveness with Canada and Mexico.”

China is one of the few countries that manufacture gantry cranes that can service the longer, wider container ships that have begun calling more frequently at U.S. ports after the expansion of the Panama Canal in 2015. As container ships have become larger, terminal operators have been investing in these larger cranes, which cost approximately $12 million each.

The Port of Virginia, one of the largest container ports on the U.S. East Coast, will have invested roughly $1.5 billion over 10 years, through 2024, in terminal expansion, dredging and infrastructure spending.

John Reinhardt, the port’s CEO and Executive Director told the USTR that adding two new ship-to-shore gantry cranes at one of its terminals is essential to its expansion plans and to serving larger classes of ships.

“There are no viable alternatives to source these cranes. Rather, the imposition of a 25 percent duty on such high-cost infrastructure capital equipment has the potential to delay our project schedule and increase the overall project cost, thereby adversely impacting the domestic vendors and the project’s benefit to the national economy.”

The negative competitive effects the new tariffs could have comes into play at the ports of Seattle and Tacoma in Washington state, which compete directly with Canada for Chinese imports.

“Imposing tariffs on cranes will increase the cost of port infrastructure development,” said John Wolfe, CEO of the Northwest Seaport Alliance, which oversees container operations at Seattle and Tacoma, in a June 10 letter submitted to the U.S. Trade Representative. “When that happens, ports must either charge higher fees – which in our case results directly in the diversion of cargo to Canadian ports – or delay the rate at which we and our private sector partners can carry out our capital development programs.”

While the USTR considers which products to exclude from this latest trance of tariffs, trade negotiations between the two countries are at a stalemate, notably over Chinese theft of U.S. intellectual property. Trade experts are watching whether there will be a breakthrough at the G20 Summit in Japan later this month.

A new round of higher Chinese tariffs “could contribute to a sharper than expected trade slowdown,” said John O’Hara, a lawyer at Thompson Hine specializing in international trade, speaking at the National Shippers Strategic Transportation Council’s spring conference in Washington, D.C. on June 10.

“You’re going to have firms delaying international orders, delaying key decisions for supply chains. For those companies that go forward and move manufacturing out of China to other countries in that region, there are high costs to attached to that, and likely not get the same scale that you had in China, so the price of U.S. imports are going to go up.”

LXI Consortium Selects GlobalSign as its Device Identity Provider of Choice to Secure all...

All That You Need To Know On Uber's Run-Up To Its...

These 4 Charts Are Looking Better And Better