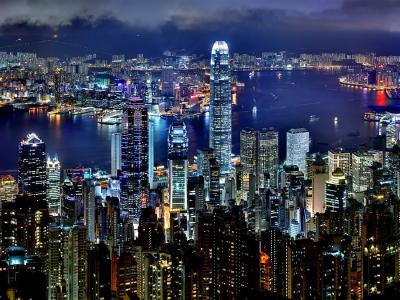 Share prices immediately rose a few cents from the listing price to an intra-day high of HK$1.45 but, within about 40 minutes, fell back to HK$1.34 and largely stayed at that level throughout the day. However, by the close, prices had fallen further to HK$1.24 (US$0.16) a share. Since then, the share price has fallen even further. At midday Hong Kong time today, the share price was $1.15 (US$1.15).

Even after the listing, the Chinese state re-acquired some of the equity as state-owned company COSCO Shipping subscribed for 175.5 million shares. The other major cornerstone investors were China Reinsurance, Wison Engineering and First Automobile.

The initial public offering was weakly subscribed to by international and retail investors.

Founded in 2012, CSSC Shipping generated revenues of HK$2.1 billion in 2018. About 42.4 percent of last year’s revenues were generated from finance leases; 28.6 percent was raised from ship operating leases; and 24.2 percent came from loans to industry. A small amount, just under 5 percent, was commission income.

CSSC Shipping also brokers shipbuilding deals on behalf of shipbuilders during which time it identifies opportunities, provides advice, information, negotiation services and problem-solving. It takes a commission of 0.5 percent to 2.0 percent of the shipbuilding price from the builder.

The company’s customers are overwhelmingly ship operators – this category accounted for just over 90 percent of all revenues generated in 2018. Other significant customer types are shipbuilders and trading companies.

The link to the Shipbuilding Corporation gives CSSC Shipping a competitive edge, the directors of the newly listed company say. They add that the company has “strong expertise and extensive experience in the marine industry,” and that it benefits from “regional and national policies.”

The company has total assets of HK$29.3 billion and total liabilities of HK$23.5 billion. Its net asset position is therefore HK$5.77 billion.

At the end of December 2018, the company owned 65 ships, of which 43 were under finance leases and 22 were under operating leases. The average age of the fleet was two years. The fleet comprised 25 bulkers, 14 tankers, 10 box ships, seven liquefied natural gas/liquefied petroleum gas carriers and nine “other.”

The company intends to use HK$1.22 billion of net proceeds to strengthen the capital base of its ship leasing business. Funds will be used to buy three more feeder box ships, 12 more  bulkers (mostly capesize), 14 more tankers and eight “special tonnage” vessels.

A further HK$610.4 million will be used for sale-and-leaseback deals in the marine energy-related projects. This will include liquefied natural gas and liquefied petroleum gas units, in particular two floating storage and regasification units. The remainder will be used for working capital and general purposes.

Chartered financial analyst Ke Yan of Aequitas Research, who publishes investment insight analysis via the Smartkarma platform, argued that the company under-depreciates its ships and “hence overstates its net incomes.”

Profit is calculated by deducting money spent within a given year from revenues generated during the same year.

But long-lived assets, like machinery, pose a problem. The cost of purchase of a long-life asset usually happens at the beginning of the asset’s life but the generation of any revenues from the use of the asset happens throughout its lifespan. Without any accounting adjustments, the purchase of long-lived assets would tend to lower profit in the first year of purchase but would boost profit in subsequent years.

Accountants try to match expenses to related revenues in the same year under the “matching principle”. So accountants depreciate the cost of a long-lived asset by dividing the purchase price by the expected lifespan of the asset. A block of that depreciation-money is then charged to the company’s expenses for each year of the asset’s life. And so the true cost of sales in a given year is matched to the year in which revenues are generated. Good depreciation accounting results in a more accurate profit number. Incidentally, “cumulative depreciation” is recorded on the balance sheet but we will disregard that for the purpose of this analysis.

CSSC Shipping has used straight line depreciation with a 30 year life for its ships. But it could be argued that 30 years is quite a generous timeframe to depreciate the cost of a sea-going ship.

Ocean-going ships are severely attacked by the corrosive effects of sea-water. Over time this leads to pitting in, and a reduction in the thickness of, the steel hull. Over the years, maritime vessels also take a huge beating from waves and currents, which leads to deformations in the hull. And that’s very expensive to fix.

Operating an ocean-going ship also becomes more expensive over time owing to the effect of wear and tear on machinery and equipment, especially from the corrosive effects of sea-spray. That leads both to generally increasing inefficiency and a requirement to hire extra mechanics and electricians. And older ships are more likely to break down or otherwise be out of service for repair jobs. Sooner or later the cost of keeping an old ocean-going ship in good repair and operational is outweighed by the cost of buying and running a new ship.

So maritime vessels are quite likely to be scrapped by the time they turn 20 owing to steadily increasing costs of operation, the effects of ongoing corrosion and the repeated pounding from the sea.

As Yan comments, “a more reasonable depreciation would be accelerated depreciation with a life of 20 years, which is closer to the aging profile of market value of ships.”

Yan cautioned that the valuation “is rich on the aggressive accounting” and added that leasing companies generally have not performed well in the past.

He saved his most damning comment for last. Concluding, he wrote, “we would not participate in the deal.”

TransCanna's Acquisition Of Lyfted Farms: 'The Greatest Asset Is Talent'

China is powering ahead of the US in the race for...

Postmortem On Celadon, Dogs In The Cab, Trade Deals, More –...