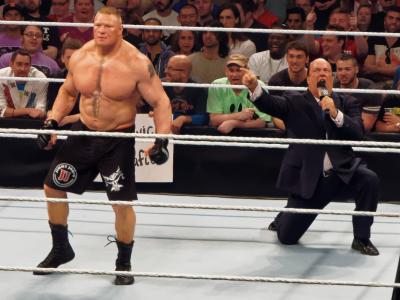 After a huge run-up in the past couple of years, World Wrestling Entertainment, Inc. (NYSE: WWE) shares have run out of steam since late April, dropping roughly 21% from all-time highs. While some investors are looking to buy the WWE dip, at least one large option trader was throwing in the towel on a WWE rebound on Wednesday.

Together, the two trades represented more than half a million dollars worth of bearish WWE options trades.

Even traders who stick exclusively to stocks often monitor option market activity closely for unusually large trades. Given the relative complexity of the options market, large options traders are typically considered to be more sophisticated than the average stock trader.

Many of these large options traders are wealthy individuals or institutions who may have unique information or theses related to the underlying stock.

Unfortunately, stock traders often use the options market to hedge against their larger stock positions, and there’s no surefire way to determine if an options trade is a standalone position or a hedge. In this case, given the relatively small sizes of the WWE options trades, it’s unlikely they are hedges.

WWE stock has gone on a huge run in recent years thanks to massive new TV deals with Comcast Corporation (NYSE: CMCSA) subsidiary NBC and Fox Corp (NASDAQ: FOX) (NASDAQ: FOXA). Investors have also been anticipating much larger TV deal renewals around the world, including markets like the UK and India.

However, with WWE’s new Fox deal scheduled to kick in this fall and expectations already sky-high for the India and UK deals, Wednesday’s options trader(s) may be betting that the deal announcements and WWE Fox debuts will be sell-the-news events.

Wednesday’s call seller could also believe AEW poses more of a threat to WWE than the market anticipates.

Turner Sports Is Getting Back Into The Wrestling Ring

XPO To Pick Up The Pace Of LTL Rate Hikes, Jacobs Says