A Home Depot employee is seen outside a store in Los Angeles, California.

The collapse in bond yields has helped lift the stock market to a record high this week. History shows, there are certain stocks that could be the biggest winners from declining rates.

On Wednesday, Federal Reserve Chair Jerome Powell signaled interest rate cuts beginning as early as July. The Fed removed its “patience” approach which sent treasury yields plunging. The yield on the 10-year Treasury note, a benchmark for mortgage rates and corporate borrowing, fell below 2% for the first time since November 2016. 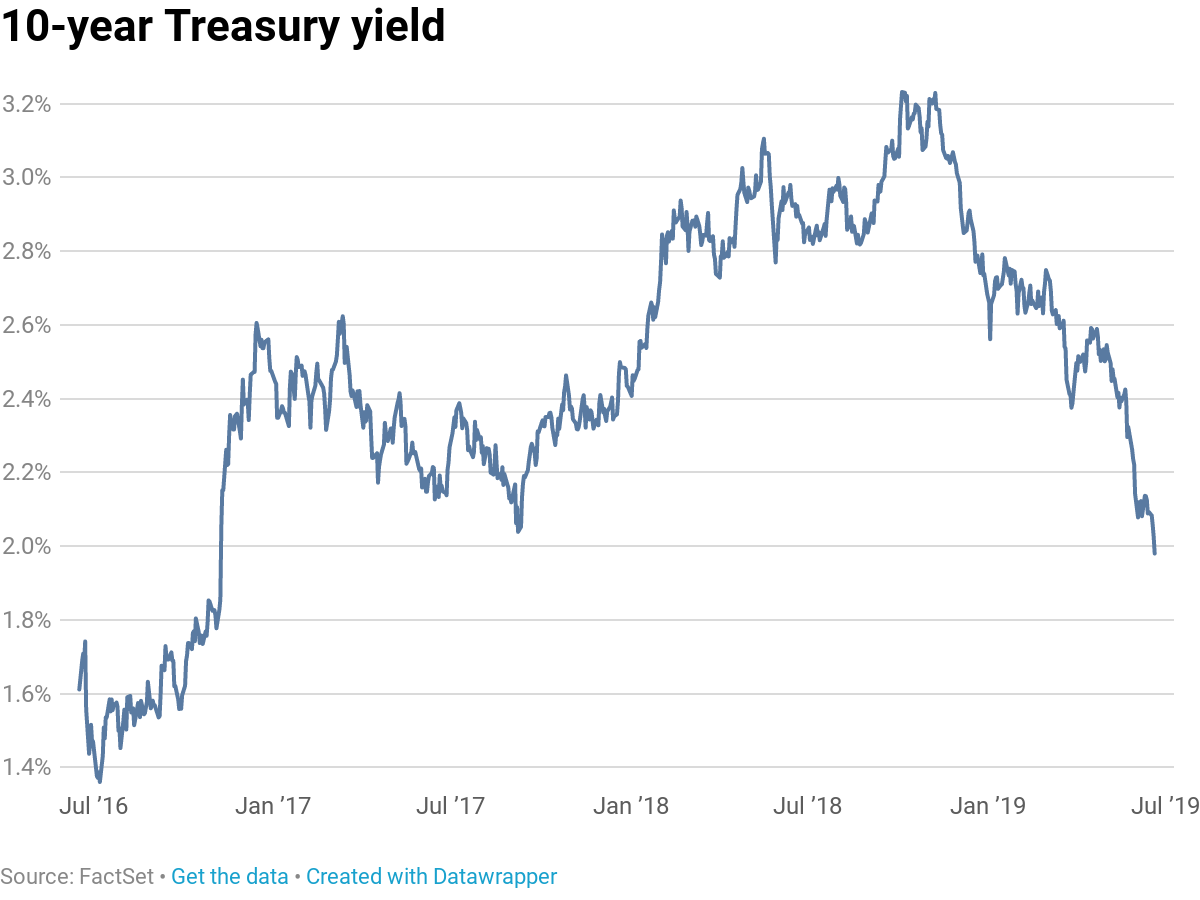 For investors looking for an edge in this low rate environment, here are some strategies that have worked well in the past.

CNBC analysis using Kensho, a hedge fund analytics tool, found that the communications sector was the top performing sector in the S&P 500 if you bought when the 10-year yield broke below 2% and then sold when it fell all the way to 1.5%. 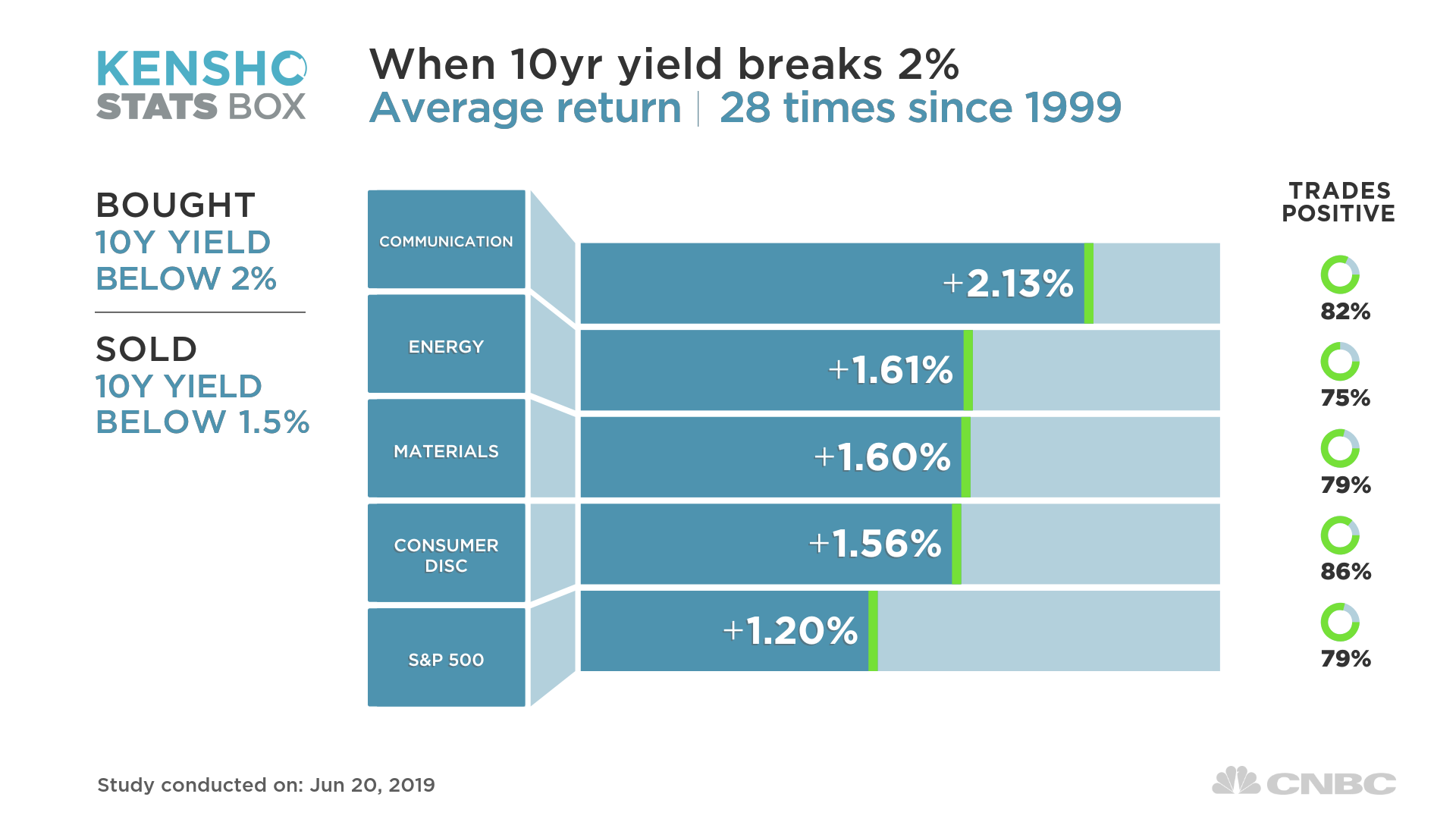 The analysis, which looked at trading activity over the last two decades, found that the energy and materials sectors also tend to jump in declining-rate environment, largely because of a weakening dollar caused by the falling rates. Communications stocks are big winners because of their big dividend yields, which get more attractive when fixed income yields decline.

The dollar dropped broadly against its rivals on Thursday and is on track for its biggest two-day drop in a year.

The analysis found that Disney is historically the best performing Dow stock under the same low rate conditions. The media company rose 2.42%, while the Dow Jones Industrial Average only rose about 1% while the 10-year yield was between 2% and 1.5%. 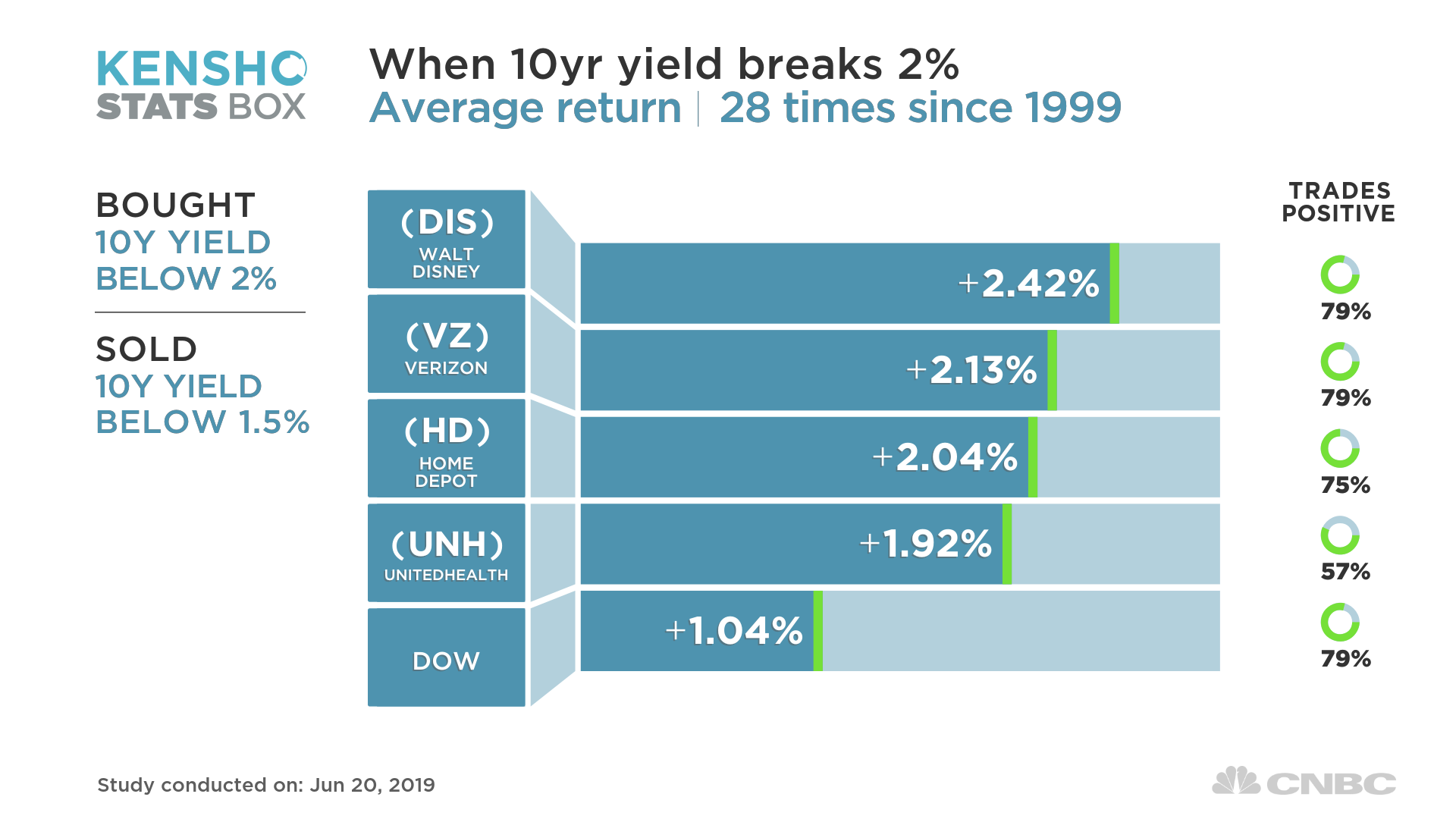 Verizon, which has a high dividend of 4.2%, is the second best performing Dow stock when interest rates are falling.

When yields drop, mortgage rates also go down and that means more consumers will refinance. Last week, refinancings jumped a remarkable 47% week to week and 97% annually.

When homeowners have lower monthly mortgage payments, people often pour that money back into their homes in other ways. Foot traffic at home improvement companies like Home Depot rises, boosting the stock.

This Day In Market History: Bell Telephone Company Is Founded