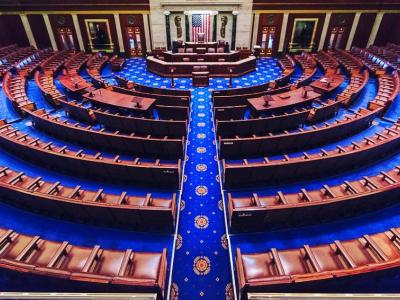 The U.S. House of Representatives is pushing back on the Trump Administration’s efforts to fast-track regulations to allow liquefied natural gas (LNG) to move in rail tank cars.

Citing safety concerns, the House approved an appropriations bill amendment on June 24 that would prohibit the Secretary of Transportation from issuing a special permit to Energy Transport Solutions LLC (ETS), a subsidiary of New Fortress Energy (NASDAQ: NFE), to move multiple sets of 100-car unit trains of LNG in rail tank cars, for use domestically and for export. A comment period on an environmental assessment of the company’s plans is set to expire on July 8.

The amendment, which would also prohibit the movement of LNG by rail tank car generally, would potentially block an executive order issued by President Trump on April 10 allowing LNG to be moved in rail tank cars within 13 months.

“In its never-ending quest to put profit ahead of people, the Trump Administration is now trying to bypass long-standing requirements for transportation of LNG by putting it into 100-car trains that roll through densely populated areas at upwards of 50 miles per hour,” said House Transportation & Infrastructure Chairman Peter DeFazio (D-Oregon), who sponsored the amendment.

“This plan is beyond absurd. Should even one tank car get punctured, the results could be devastating. My amendment blocks this brazen attempt by the administration. I urge the Senate to follow suit and stop a massive catastrophe before it’s too late.”

Regulations currently prohibit using pressurized rail tank cars to haul LNG. It is only allowed to move by pipeline, in tank trucks or in portable cargo tank containers.

The Pipeline and Hazardous Materials Safety Administration (PHMSA), the U.S. Department of Transportation agency reviewing the ETS application, cautioned that large releases of LNG due to the breach of the inner tank of a tank car “could pose pool fire, vapor fire and explosion hazards, which pose the highest potential impacts when compared to localized cryogenic hazards.”

But the agency also stated that moving one ton of freight by train results in approximately 70 percent less fuel use than moving the same freight by truck, and therefore moving it by train would reduce environmental damage.

When asked by DeFazio his view on the permit at a June 20 congressional hearing, Federal Railroad Administration chief Ron Batory said that “a lot of due diligence” had been provided, and that “it’s nothing [less safe than] handling volatile materials.”

The House T&I Committee countered in a June 24 statement that PHMSA “has not done its due diligence, and this rulemaking and special permit are being rushed without an opportunity to fully consider the potentially catastrophic consequences of moving LNG by rail.”

Avianca Financing Is In Documentation

How this money manager uses his military background to maximize returns

Outlook on the World's Blockchain in Retail Market, 2025 – Several...