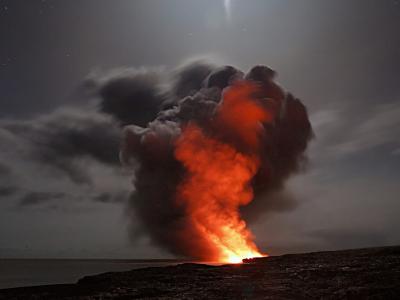 Hawaii Gov. David Ige plans to veto a bill that would allow limited transport of medical cannabis between the islands.

Ige, a Democrat, announced that he will kill HB290 because Hawaii’s airspace and parts of its water territory come under the jurisdiction of the federal government. The bill would have permitted the inter-island transport of cannabis by patients for personal reasons, and by producers and retailers for laboratory testing.

The state legislature approved HB290 in May.

An autonomous Starsky robotics truck recently completed a 9.4 mile trip on Florida’s turnpike. A long-haul driver handled the first and last-mile operations from an office 200 miles away.

“We have been very disappointed with the assumptions we made with the growth of international trade, particularly in the Trump administration.”

Trucker in deadly crash with motorcyclists had a history of violations

Federal government isn’t sure how to test truckers for pot

The U.S. government is still struggling with how to test truck drivers for marijuana use. Experts predict it will take three years before test guidelines emerge. (McClatchy)

A report from the Canadian government says improper procedures at a Trimac Transportation facility led to an a 2018 explosion, which injured three people. (CBC News)

A new consortium aims to tackle the growing problem of fires on boxships caused by misdeclared cargo. (Splash247)

HB290 would have made medical marijuana more accessible to patients in Hawaii. Its shortsighted forthcoming veto, ironically, will come as the state decriminalizes recreational marijuana. The risk is that legitimate medical cannabis users, particularly those on the smaller islands, might be inclined to buy illicit, albeit decriminalized means instead.

Hammer down everyone!
Image Sourced by Pixabay