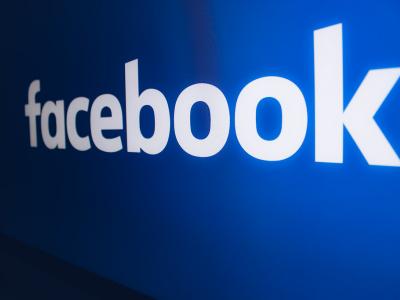 For some workers in the transportation and logistics sectors Facebook Inc. (NASDAQ: FB) can be a lifeline to what is going on at home. And its messaging apps allow us to speak and even see those waiting for us at home. But soon it could be much more.

Recent news provided information about a new blockchain application and cryptocurrency project that Facebook has been working on for about a year. The financial press has been touting it as the breakthrough in blockchain and cryptocurrency technology that we have been waiting for. Doesn’t that sound familiar? Luckily, FreightWaves is here to help make sense of it all and explain why this new tech might actually be a little different.

It will open new markets… and new lanes

At the Facebook developers conference in April, Mark Zuckerberg told the audience “I believe it should be as easy to send money to someone as it is to send a photo.” It looks like it soon will be.

Facebook announced that dozens of employees have been creating the new blockchain application on which it can run its own cryptocurrency. The project, called Libra, has attracted funding from leading payments and tech industry players such as Uber, Mastercard, Visa and Stripe.

The mission of Libra, as gleaned from Mark Zuckerberg’s incorporation of a company called Libra Networks in Switzerland in May, is “investing, payments, financing, identity management, analytics, big data, blockchain and other technologies” according to a report from Reuters.

Facebook says that the purpose of the new currency, which according to the BBC will be called GlobalCoin, is to reach areas that the company has penetrated but that do not have access to banking services or where government-backed currencies are volatile. The idea is that anyone in the world who has access to Facebook will now also have access to a medium of exchange that will allow them to participate in the global marketplace.

It will work with governments, not around them

While the impetus of the burgeoning cryptocurrency industry has always been to serve as the foil for traditional government-backed fiat currencies, Facebook has been working with governments to gain acceptance of its cryptocurrency. In order to lower barriers for participation, Facebook has been asking countries to waive restrictions such as proof of passport requirements that are normally in place in order to move money in some countries.

Facebook has relinquished complete control over the project and several large firms including Uber and Stripe have paid $10 million each in order purchase a distributed node on the blockchain’s underlying token. The companies will help to run the digital currency and will serve as a foundation for oversight, thus negating any possible criticism of Facebook as over-controlling. The move is meant to bolster Facebook’s pivot to privacy. Recently the company announced it intends to prioritize private communications through methods of encryption. The move to crypto fits in perfectly; blockchains are appealing for their transparency and because each party in the transaction can retain anonymity through the use of code name assignment.

Blockchain technology allows for open and honest exchange but with personal data protection, both of which have been issues that Facebook has been accused of playing fast and loose with in the past.

Facebook currently has around 2.13 billion users. The formal launch of GlobalCoin is expected in 2020 after a testing phase beginning this year. The official announcement about the cryptocurrency is pending.

EUR/USD: A Recovery We Can Believe In?