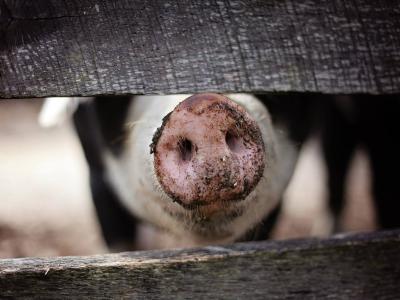 Several years ago Smithfield Foods, the world’s largest pork processor, initiated a plan to overhaul its logistics network, which at the time included a fleet of nearly 6,500 third-party trucks traveling more than three million miles weekly.

The changes included ramping up direct shipping to customers; optimizing its dedicated fleet and increasing use of newer, lighter trucks.

“At Smithfield Foods, we believe in long-term relationships that allow our incumbent carriers to have confidence in the shipments that they receive each week,” a spokesperson said in an emailed statement. “Effective communication along with a mutual trust between the shipper and the carrier is critical to maintaining a good relationship.”

Being a “shipper of choice” is best demonstrated by shippers that believe in long-term strategic commitments, the spokesperson continued. “Preferred shippers allow for shorter payment terms, utilize the latest technology and partner with both carriers and warehouses to reduce dwell time for drivers. Shippers must identify opportunities at their loading facilities to make the drivers more efficient.”

In April, the company rebranded its food service division, Smithfield Farmland, as Smithfield Culinary, part of a broader effort to position culinary arts as a key cornerstone of its business model.

Smithfield was acquired in 2013 by China-based WH Group Ltd.

The first annual Shipper of Choice Award to top-notch manufacturers, distributors and retailers was a team effort between FreightWaves and Convoy. The award was created to recognize shippers committed to eliminating inefficiencies from the supply chain and aiming to be excellent partners for their carriers.

Carrier-members of the Truckload Carriers Association and the Blockchain in Transport Alliance (BiTA) voted for Shippers of Choice based on qualities such as flexibility and detention on a five-star scale, with a possible total score of 25 points.

“The Shipper of Choice Award is all about increasing transparency as we highlight innovative best practices that keep freight moving and contribute to a healthy freight community,” FreightWaves CEO Craig Fuller said.

Today's Pickup: Asia's Richest Man Looks To Stand Up To Amazon's Might In India