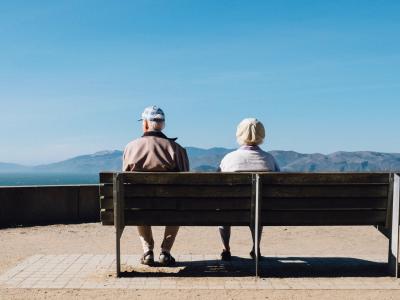 A new survey finds that seniors are blurring the lines between medicinal and recreational marijuana use.

The study, “Measuring Attitudes Toward Medical and Recreational Cannabis Among Older Adults in Colorado,” appeared in the May 14, 2019, issue of the Oxford Academic-published journal Gerontologist, and found changing attitudes among the fastest-growing population segment of cannabis users: adults ages 60 and older.

The study, which was conducted by researchers from the universities of Colorado, Illinois, and Iowa, was funded by the Colorado Department of Public Health and Environment.

Data were collected from a 2017 cross-sectional survey of 274 older Coloradans ages 60 to 94, with a mean age of 72, about 65% of whom were women who were recruited from senior centers, health clinics, cannabis clubs, and dispensaries statewide. The survey included 83 questions on a variety of topics exploring the attitudes, prevalence, predictors, patterns, and health outcomes relating to cannabis and its use.

While about 60% of older adults strongly agreed that the “use of medical marijuana is acceptable,” only about 30% strongly agreed on the acceptability of adult-use cannabis generally.

Colorado and nine other states have legalized marijuana for adult use, a trend that researchers said makes it important to understand how seniors perceive and use marijuana now.

About 45% of the survey respondents reported using cannabis within the past year. Of these, 54% reported using marijuana both medically and recreationally. Those who used marijuana within the last year reported “improved overall health, quality of life, day-to-day functioning, and improvement in pain.”

Respondents said the most common reasons for using cannabis are to treat arthritis and back pain, followed by anxiety and depression. Smoking flower was the most common means of consuming marijuana, but edibles and vaping were also reported.

The survey found that many seniors are experiencing age-related health-care needs and some take cannabis for symptom management, as recommended by medical doctors.

“Whether these pathways to recreational and medical cannabis are separate or somewhat tangled remains largely unknown,” the authors noted, citing a paucity of research into cannabis use by older Americans.

Brian Kaskie, Ph.D., a professor of health policy at the University of Iowa who was the principal investigator of the study, said he was surprised to learn that the study population “was not who you think.”

“When we started this research many of my colleagues suggested that this was just about retired baby boomers entering old age who have come back to cannabis as a way of returning to their youth,” Kaskie told Weedmaps News.

“But we learned older adults who are using cannabis are not just listening to their Beatles albums, but with advancing age, they are experiencing symptoms and conditions that seem amenable to cannabis. We had people tell us they spent a day skiing and had inflammation that comes naturally with banging on the slopes and found cannabis helped with the pain in their aging knees and other joints.

But we learned older adults who are using cannabis are not just listening to their Beatles albums, but with advancing age, they are experiencing symptoms and conditions that seem amenable to cannabis.

“We heard from people with age-related medical conditions like Parkinson’s disease and multiple sclerosis (MS) who found cannabis helped with the increasing lack of muscular control. These are not just aging hippies. We learned that the motives change with age.”

Kaskie said what was most surprising to his fellow researchers was finding a large and growing number of “naive users” trying cannabis for the first time.

He said one survey respondent, a former state trooper and Vietnam veteran who spent his professional career busting people for using cannabis, seemed to have turned the page on his attitudes.

“Because the conventional treatment for his medical condition was ineffective, he tried cannabis as a last resort and is having positive experiences,” Kaskie said.

Another type of new user is typified by a 90-year-old woman in an assisted-living home who was a self-described “good kid who never did anything illegal.”

But now that her arthritis pain had grown so severe, she was willing to try cannabis. Her grandchildren helped teach her about various kinds of cannabis and ways of consuming it.

Kaskie said they found these “new” users really appreciate the non-combustible forms including gummies and cough drops, and are more likely to use these products because they are packaged similarly to medicines.

The authors also found some older adults turn to cannabis to reduce opioid use or to avoid even starting opioid prescriptions.

“Some respondents report their primary motive in taking cannabis is that they are experiencing pain and don’t want to become opioid addicts,” he said. “Many older women really do seem terrified about starting an opioid prescription.”

“Some respondents report their primary motive in taking cannabis is that they are experiencing pain and don’t want to become opioid addicts. Many older women really do seem terrified about starting an opioid prescription.”

He said many older adults are seeing beneficial outcomes from cannabis

“If I’m a public policy official, perhaps I should consider the benefits of making cannabis more readily available to older persons who otherwise might be prescribed opioids,” Kaskie said.

However, he said the medical community seems divided on how to approach cannabis.

“Some physicians are saying they don’t have enough information about the risks and benefits of cannabis. They want to see more rigorous randomized clinical trials completed first and want to be able to prescribe something approved by the FDA [U.S. Food and Drug Administration] that tells them how much and how often patients should use cannabis,” Kaskie said.

He said other physicians leave those decisions up to patients.

“These doctors do not necessarily believe that cannabis is a narcotic agent that needs to be placed within a biomedical paradigm,” instead viewing cannabis as a natural stimulant more like coffee rather than opium.

Kaskie said the research illustrates the complexity of the cannabis legalization landscape.

“Not everyone who drinks alcohol has problems, but there certainly are many who do and bad things can happen to them and others because of it,” Kaskie said. “I am cautious about efforts to throw the guard rails off and move cannabis completely into the adult-use space. We should approach this slowly.”

The report concluded that older adults want more information about cannabis and would like to communicate openly with their health-care providers about it.

The report concluded that older adults want more information about cannabis and would like to communicate openly with their health-care providers about it.

Kaskie said the researchers found many older adults, especially those suffering from severe pain who have tried other options, will use cannabis whether or not their doctors approve.

“If physicians don’t create an atmosphere to openly discuss cannabis, patients just won’t talk about it with them. I don’t think this is what we want.”

This article was originally posted on WeedMaps News.