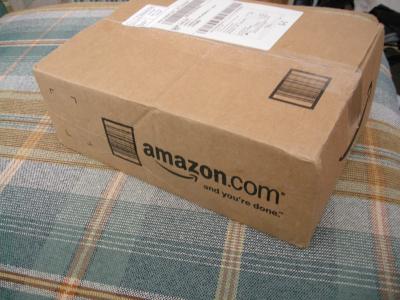 Amazon.com Inc.‘s (NASDAQ: AMZN) use of the word “prime” on trailers moving packages to retail and on-line customers is causing Prime Inc. to lose money and Amazon to profit at Prime’s expense, the Springfield, Missouri-based trucking company has alleged.

In a lawsuit filed on July 2 in federal court in the Western District of Missouri, Prime Inc. contends it is entitled to “the greater of three times Amazon’s profits or three times any damages” it has sustained as a result of Amazon’s past and current trademark infringement and related unfair competition.

According to its lawsuit, Prime Inc. claims it notified Amazon of the alleged trademark infringement more than two years ago, through written correspondence from Prime Inc. and then through proceedings Prime initiated at the Trademark Trial and Appeal Board.

“Nevertheless, Amazon has persisted in displaying one or more of the Accused Marks on trailer trucks and other shipping and transportation vehicles in commerce, and thereby has continued to infringe Prime Inc.’s exclusive rights…and has continued to engage in unfair competition in violation of the Lanham Act,” the lawsuit states. “Amazon’s infringement and unfair competition are therefore intentional, willful, and malicious.”

Attorneys for Prime Inc. and Amazon were not available to comment.

The lawsuit asserts that in 2015, Amazon began moving goods to Amazon Prime loyalty program members and retail customers in its own trucks. Then, in 2016 or 2017, nearly 40 years after Prime first used “Prime Inc.” on its trucks, Amazon began displaying its “prime” logo on its own trucks.

While some might argue that the two “prime” markings do not look similar – Prime Inc. uses all upper-case letters, Amazon uses small case and in a different font – Prime Inc. nonetheless contends that Amazon’s marking is “identical in appearance, sound, meaning, and commercial impression” when compared to Prime’s Inc.’s marking. “The dominant component of each of these marks – the word ‘prime’ – is the same,” according to Prime Inc.

An attorney for the U.S. Patent and Trademark Office found that because of this same dominant component of the markings, it is “given greater weight than any minor stylistic differences between the marks,” according to the lawsuit.

Also, because Prime Inc. and Amazon operate in the same transportation channels, Prime Inc. claims that consumers “have associated and are likely to continue to associate with Prime Inc. any defect, objection, or fault found with Amazon’s services, both at and after the point of sale.”

At the same time, Prime Inc. contends, consumers familiar with Prime Inc. and its transportation, trucking, and shipping services sold and marketed under its “Prime Inc.” logo “are likely to purchase and/or associate goodwill to Amazon based on the erroneous assumption that Amazon’s services are provided, authorized, sponsored, or endorsed by, or in some manner associated with, Prime Inc., both at and after the point of sale.”

The lawsuit also alleges that Amazon misrepresented to the trademark office how it planned to use its “prime” marking on trailers in connection with an expedited shipping service available to the public at large, versus shipping its own goods to its retail customers and Amazon Prime loyalty program members.

Prime Inc. has asked for a jury trial on its four-count lawsuit.

Speeding Up Carrier, Driver Payments Put TriumphPay In The FreightTech25