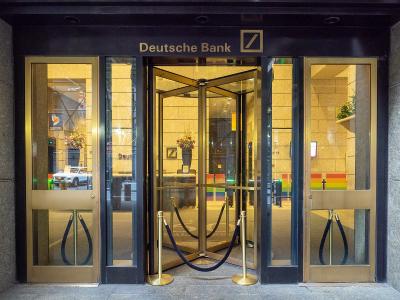 On Sunday, battered international investment bank Deutsche Bank AG (NYSE: DB) announced it will be exiting the equities business and cutting 18,000 jobs as part of an aggressive restructuring plan.

Deutsche Bank said it will eliminate its trading business as part of a cost-cutting plan that will eliminate 6 billion euros ($6.7 billion) in expenses and reduce the bank’s headcount to 74,000 by 2022.

In addition to the restructuring plan, Deutsche Bank said it anticipates a 2.8-billion-euro loss when it reports second-quarter financials July 25.

Deutsche Bank has been struggling to compete with other global investment banks and has been hounded by regulators in recent years.

Several Wall Street analysts weighed in on Deutsche Bank’s new restructuring plan; here’s a sampling of what they have to say.

Deutsche Bank’s decision not to include a capital raise in its near-term plans makes it difficult to see how the bank is going to pay for its restructuring, Bank of America Merrill Lynch analyst Andrew Stimpson said in a Monday note.

“Instead, dividends are cancelled for the next two years, CET1/RWA will deliberately move lower initially with some assumptions that there will be a future benefit from regulators around both the capital requirement and operational RWA reductions,” the analyst said.

Too many questions surround the bank and its long-term, post-restructuring outlook for investors to be buying the dip, he said.

BofA has an Underperform rating on Deutsche Bank with a 5-euro price target.

“We plan to assess the impact of this strategic realignment on Deutsche Bank’s profitability as well as its competitive position now that its focus is shifting away from global markets towards Europe,” the analyst said.

Prior to the news, Kammer said Deutsche Bank would have a difficult time generating revenue growth and earnings stability and winning back the trust of investors.

“The exit should mean a continuation of the favorable structural trends when, in stark contrast to pre­-crisis, size has become a competitive advantage,” Mayo said.

Wells Fargo has an Outperform rating on Citigroup with a $90 price target.

Photo by Ajay Suresh via Wikimedia.

Ponzi schemes hit highest level in a decade, hinting next 'investor massacre' may be...