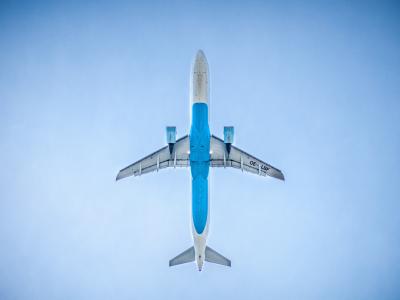 Work slowdowns and strikes as part of negotiating tactics deployed by the Teamsters against Atlas Air Worldwide Holdings Inc. (NASDAQ: AAWW) and Polar Air Cargo Worldwide have been ordered to stop by the U.S. Court of Appeals for the District of Columbia.

Teamsters Local 1224 had been organizing slowdowns, sickouts and strikes in an effort to improve its bargaining position. In a unanimous decision, the court ruled it could no longer use those tactics.

In the ruling, the court noted that the Teamsters and Atlas signed a collective bargaining agreement (CBA) in 2011, and that contract prohibited the union from engaging in a work stoppage or slowdown. The companies provide air cargo service for Amazon.com, Inc. (NASDAQ: AMZN) and other entities.

The dispute arose as Altas’ operations expanded along with domestic e-commerce. This rapid growth led to changes in work conditions and demands of the pilots, the court noted. The relationship between the union and Atlas deteriorated as negotiations to rework the pilots contract dragged on.

The Freightos Baltic Daily Index, which tracks the price to ship a 40-foot container, is down 2 percent year to date, 3 percent year-on-year and 14 percent over the past five years.

“The first quarter’s weakness was largely driven by weather, destocking and tariff concerns and many of those headwinds continued into the second quarter as well, together with underlying economic/demand weakness robbing momentum from what is a seasonally strong quarter for the group.”

The Iowa 80 museum will hold a special birthday celebration this week for a pair of its models, two 100-year-old trucks. (The Trucker)

DHL will introduce a 4 percent surcharge on goods moving during peak times in Europe, citing a lack of drivers as a reason. (Post and Parcel)

U.S. Secretary of Transportation Elaine Chao said a long-term infrastructure bill would be a benefit to states, rather than a shorter-term option. (Transport Topics)

Ford Motor Company (NYSE: F) along with PlanetM and the city of Detroit will award $250,000 grants for select projects that improve mobility in the city. (Government Technology)

West Virginia getting out of intermodal business

Less than five years after it invested more than $18 million in an intermodal hub, West Virginia is abandoning the project due to a lack of interest. (Metro News)

In a recent interview, U.S. Secretary of Transportation Elaine Chao said that a long-term infrastructure bill is more beneficial to states and stakeholders than a short-term funding bill. Unfortunately, despite bipartisan and presidential support for a long-term bill, one continues to elude Congress. It turns out that even bipartisan bills can generate differences of opinion, mainly around how to fund a bill expected to cost at least $1 trillion. Both sides believe their way is best, and with a presidential election on the horizon, the chances of any major bill passing fall each day. Infrastructure will just be one of those lost opportunities.

US Shippers Relieved By Halt To Oct. 15 China Tariff Increase