This is the first of a two-part series on the history of Colombia and its route to cannabis legalization.

Colombia is in an extraordinary position.

It possesses the fourth largest economy in Latin America. It is one of the most ethnically, linguistically and culturally diverse nations in the world due to the influence of indigenous people, European settlement and forced African migration. 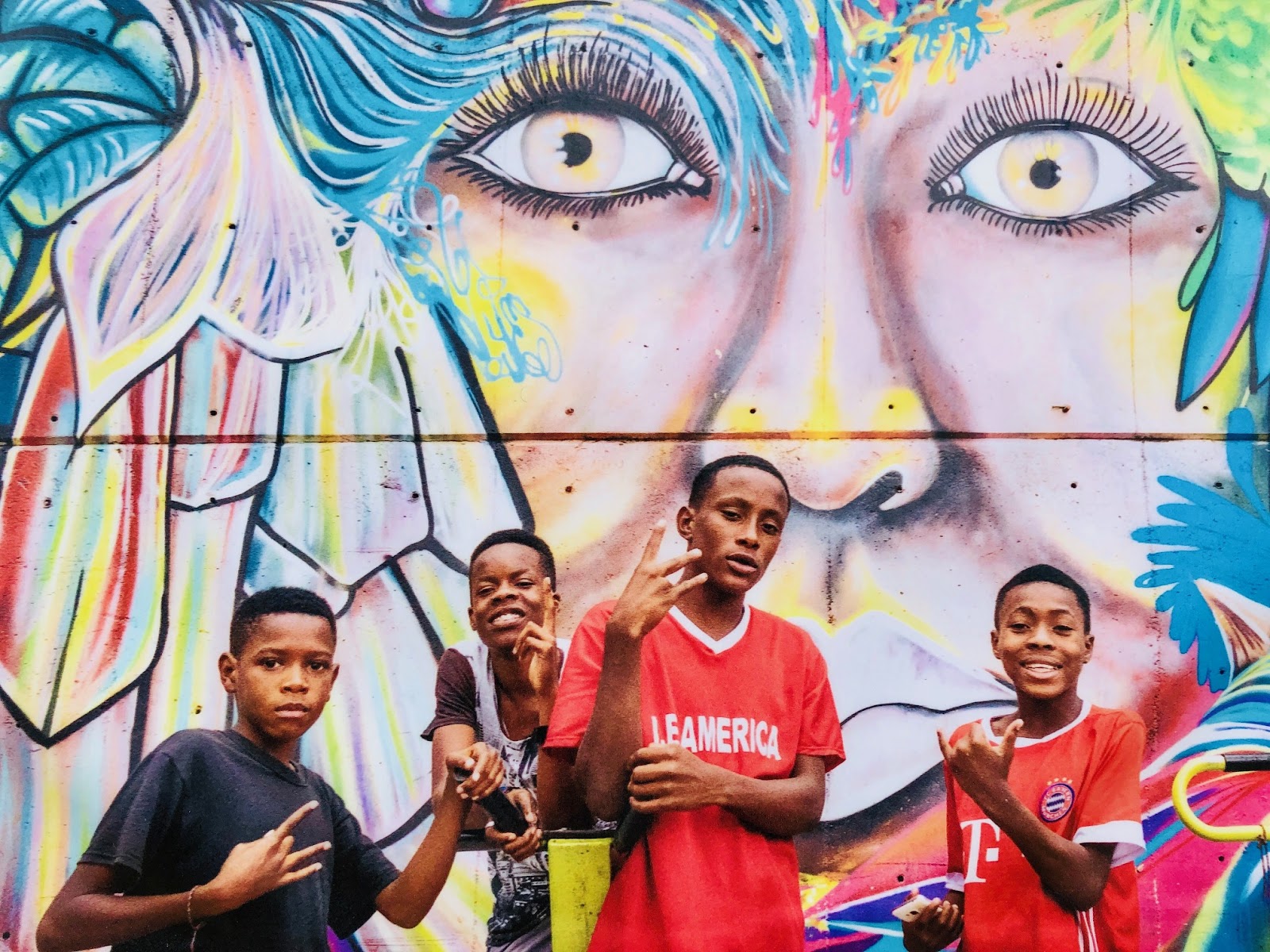 It is also one of the world’s most bio-diverse countries with rainforest, grasslands, coastal expanse and mountain ranges.

However, when 100 people were asked: What comes to mind when you hear “Colombia”?

An unspoken problem exists: Colombia’s most challenging governmental position is not its Presidency, but is its Director of Tourism. Even if the problem is one of perception, perception informs reality and can become it. Colombia has been stigmatized.

A new century usually symbolizes hope; for Colombia’s 19th “The War of One Thousand Days” began a few days before it began and claimed 120,000 lives.

Half a century later in 1948, the assassination of Presidential hopeful Jorge Gaitan, became the catalyst for a nine-year civil war leaving 300,000 dead. In 1964, four militia groups instituted a five decades guerilla war of attrition: the ELN (Leftist National Army), the EPL (the Maoist People’s Liberation Army), the FARC (the Revolutionary Armed Forces of Colombia) and M-19 (the left-wing students militia).

The late 1970’s ushered in a nearly quarter century Narco-apocalypse by way of the Medellin Cartel, one of history’s most infamous and wealthiest criminal enterprises, born by the west’s insatiable appetite for an intoxicating white powder. Its kingpin’s rooftop demise merely disbursed power among a multitude of greedy factions. 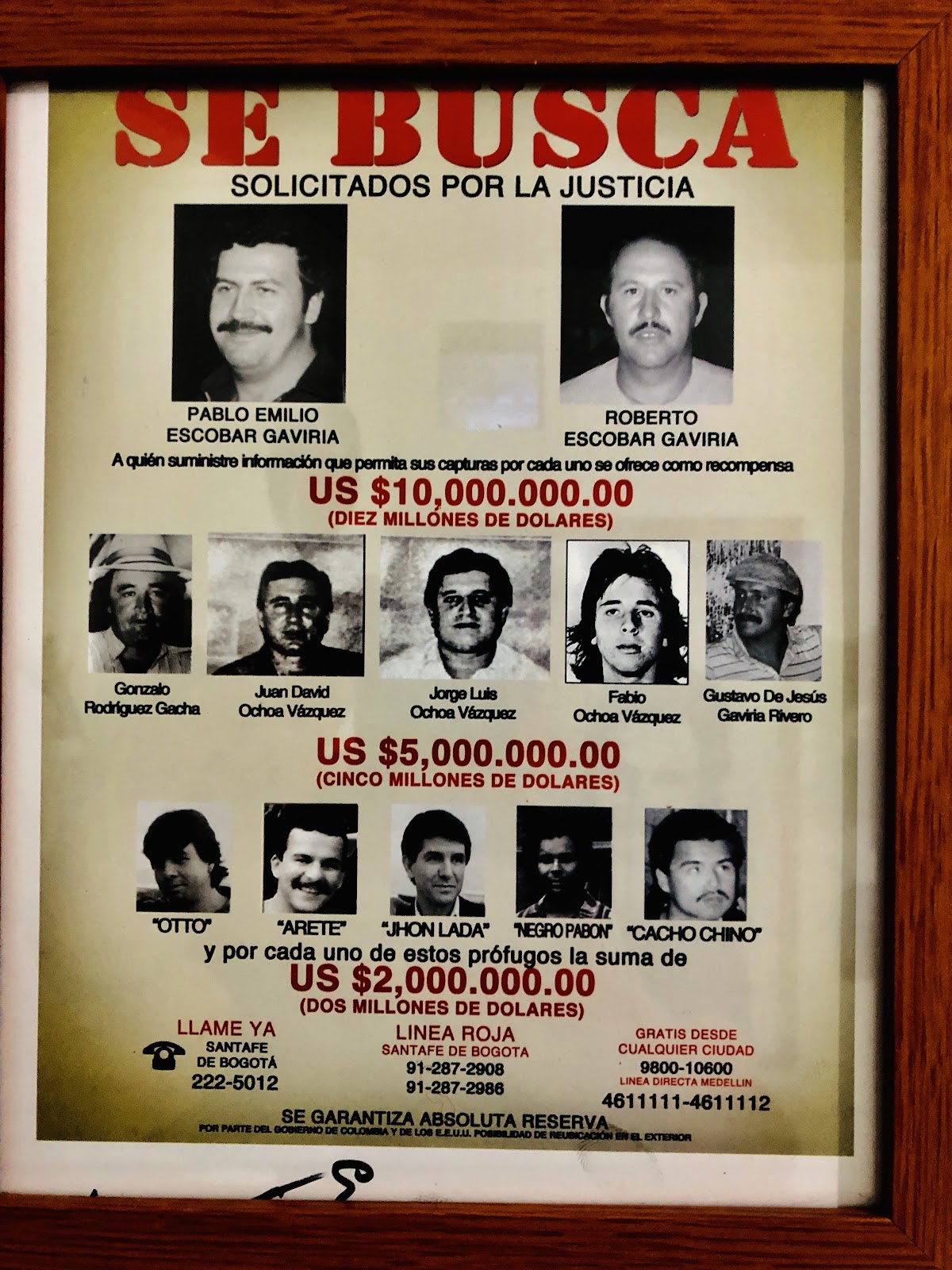 In 1984, Justice Minister Rodrigo Lara’s unimaginable assassination, attributed to aggressive prosecution of cartel members, was followed in 1985 by more horror, the Palace of Justice siege, where one hundred and one people were killed, including eleven of Colombia’s twenty-five Supreme Court Justices.

The American Influence Towards Peace

Colombia’s thirtieth President, Conservative Andres Pastrana Arango, initiated peace talks in 1998 and controversially granted FARC a safe haven the size of Switzerland. America responded in 2000 with “Plan Colombia,” an over $1 billion military aid package, estimated to have escalated to over $15 billion to fight the drug and guerilla factions. 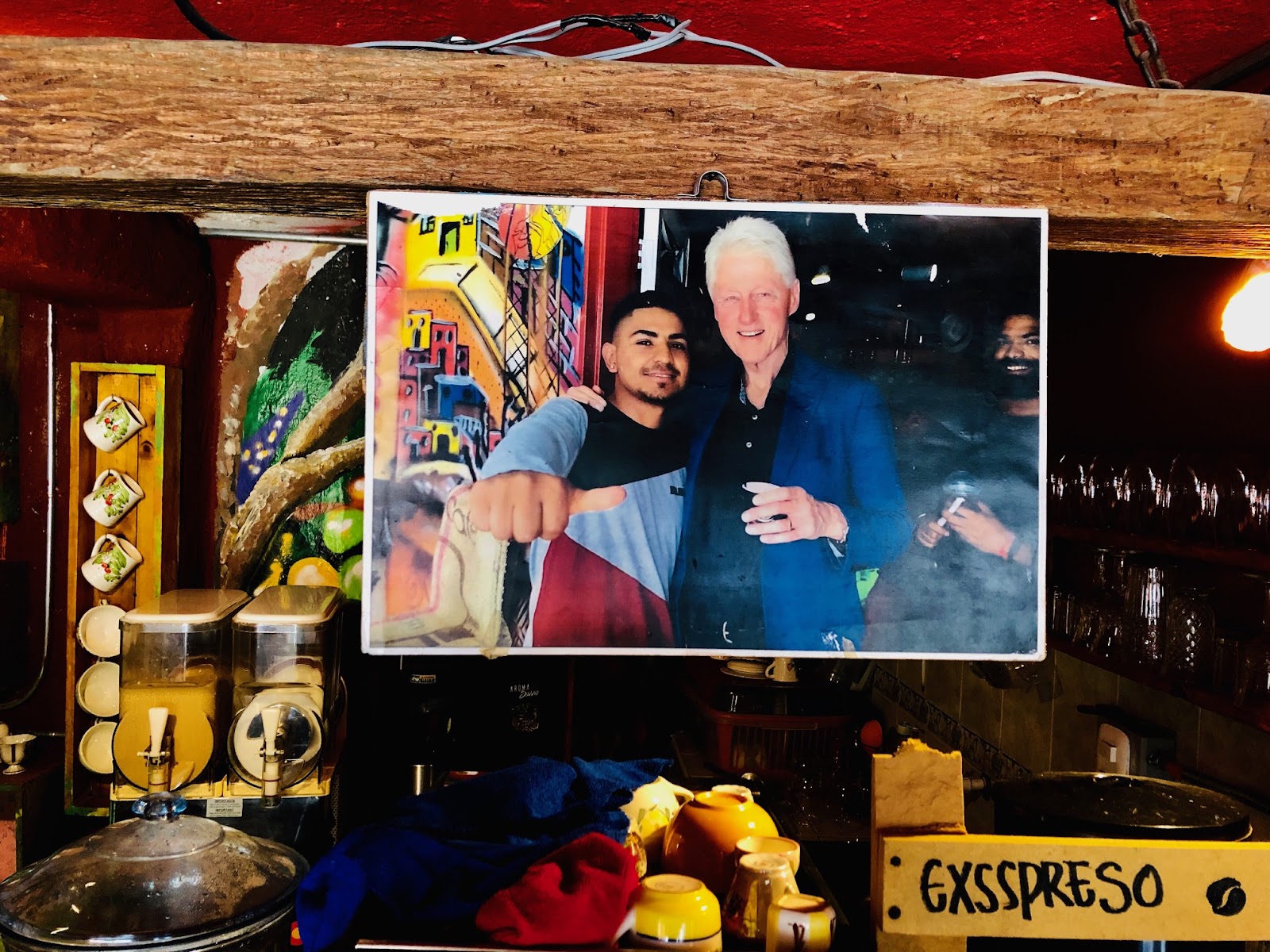 In 2002, President Alvaro Uribe’s successful platform of further rebel crackdown resulted in FARC bombs exploding 20 minutes before his being sworn in, leading to a declared state of emergency. A nationwide manhunt resulted in the 2004 capture of FARC leader Ricardo Palmers again followed by extreme violence.

In 2009, FARC’s release of its last foreign hostage was a catalyst for President Uribe’s initiation of peace talks.

Three years later, a historic Peace Accord was reached, ending a 52-year conflict. Angry Colombian voters rejected the Peace Accord due to President Juan Manuel Santos’ agreement to provide guerilla leadership with ten parliamentary positions, and his failure to require any FARC reparations.

Despite rejection, President Santos overrode the people’s will, causing FARC to officially end its armed resistance. On May 31, 52-year old former FARC (now renamed the “Alternative Communal Revolutionary Force”) Commander Seuxis Hernandez, was freed from jail by Colombia’s Supreme Court due to the prosecutorial immunity he obtained from his Peace Accord designated Congressional position. The Court ignored United States’ requests for extradition, despite, according to the Wall Street Journal, the DEA’s video of Hernandez planning a ten-metric ton shipment of cocaine.

In proportional terms, the aggregate number in the United States would be nearly 50 million people! 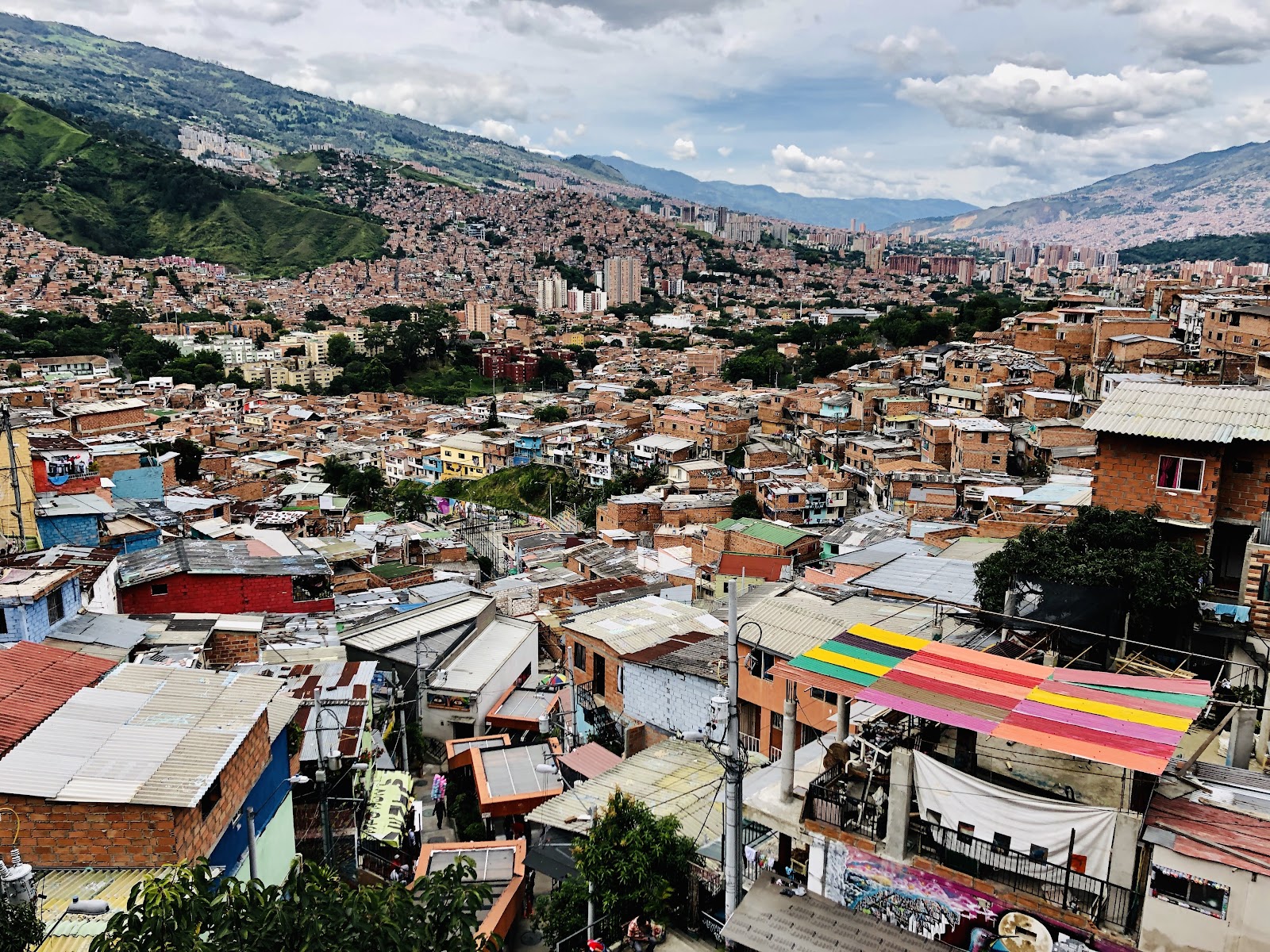 The progressive Mayor of Medellin Federico Gutierrez, an outspoken critic of the past, is undertaking efforts to move his City forward. Pablo Escobar’s pop icon status is pubic enemy number one and “Escobar-tourism” is frowned upon and must be called “Transformational” tourism. His recent decision to demolish the six-story Monaco Building, formerly Escobar’s family penthouse home until a failed assassination attempt bombing by the Cali cartel caused severe damage in 1988 is a powerful example of his commitment.

Vacant for 25 years, the site became a global tourist attraction with the popularity of “Narcos” and other cartel-oriented novellas. The Mayor told me “he intended to turn the empty lot into a public park to honor Escobar’s victims and those of the broader drug war.” 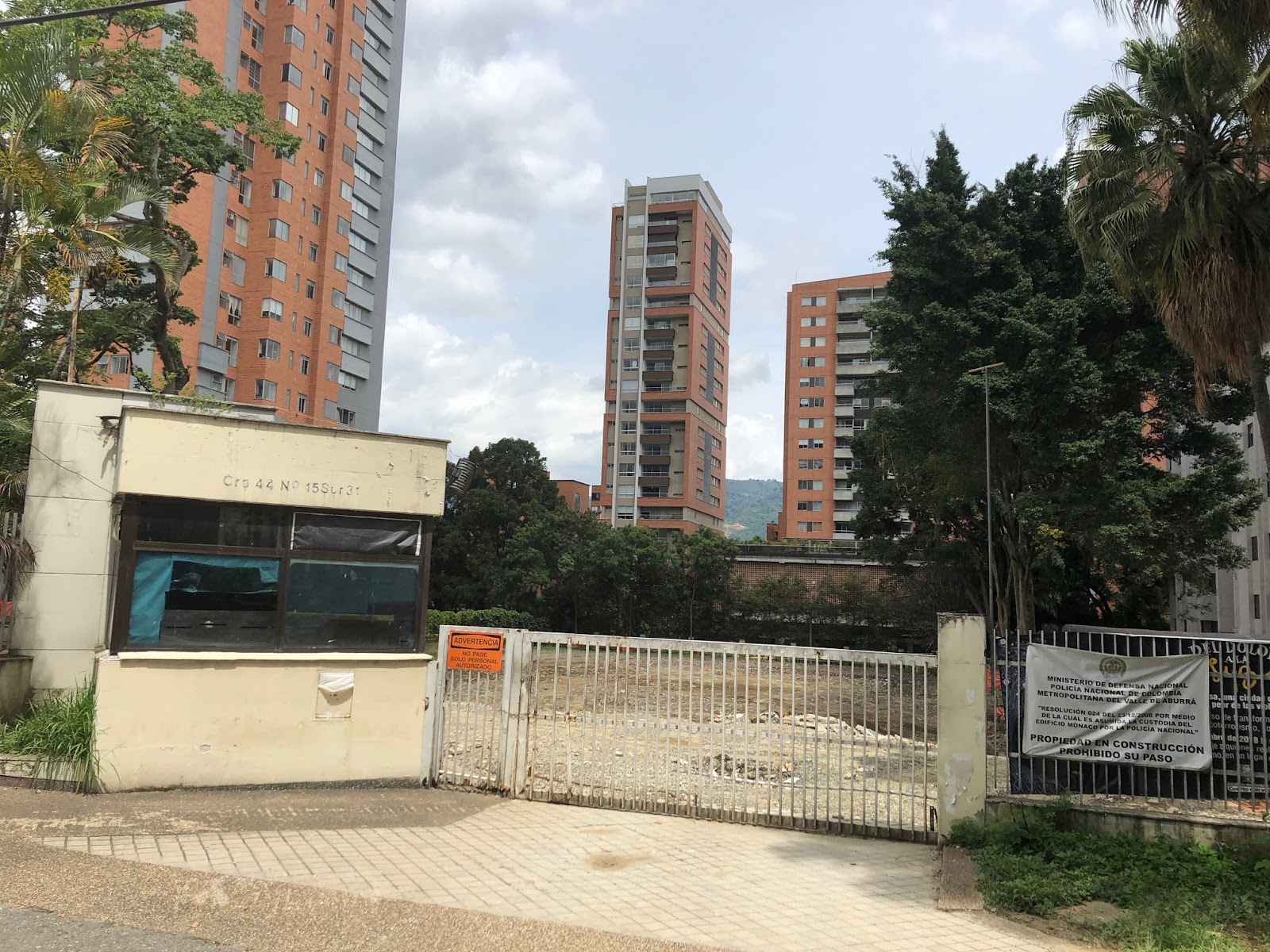 Over a century of suffering has caused Colombian citizens to endure a form of multi-generational, post-traumatic distress disorder. Stigma has never had such fertile soil in which to grow its tangled roots.

Can Cannabis Be The New Coffee?

Colombia is a world leader in the cultivation and export of fruits, flowers and coffee.

Can cannabis be its next world leading agricultural crop and serve as the mechanism to transition suffering and stigma to economic and humanitarian renaissance?

The requisite inputs are in place: fertile volcanic soil, available and low-cost land, near perfect climate, extraordinary growing conditions, equatorial 12-hour sunlight days, affordable and skilled labor, access to 630 million potential Latin American consumers, a transparent regulatory framework, and an export quota of cannabinoid oils and medicines that represents more than twenty-five percent of the world’s and over forty percent of Europe’s quota.

“Whether you compare cannabis to coffee or oil, green is the new black.”

The potential market of nearly $2 billion is twice that of both fruits and flowers, and greater than even coffee, for which it is the world’s second largest supplier and provides an interesting analogy to examine potential employment and economic growth: it employs over 500,000 growers, 95% of whom are small family farms and it is the largest source of rural employment. “Whether you compare cannabis to coffee or oil,” said Benzinga Cannabis Managing Director and book author Javier Hasse, “green is the new black.” 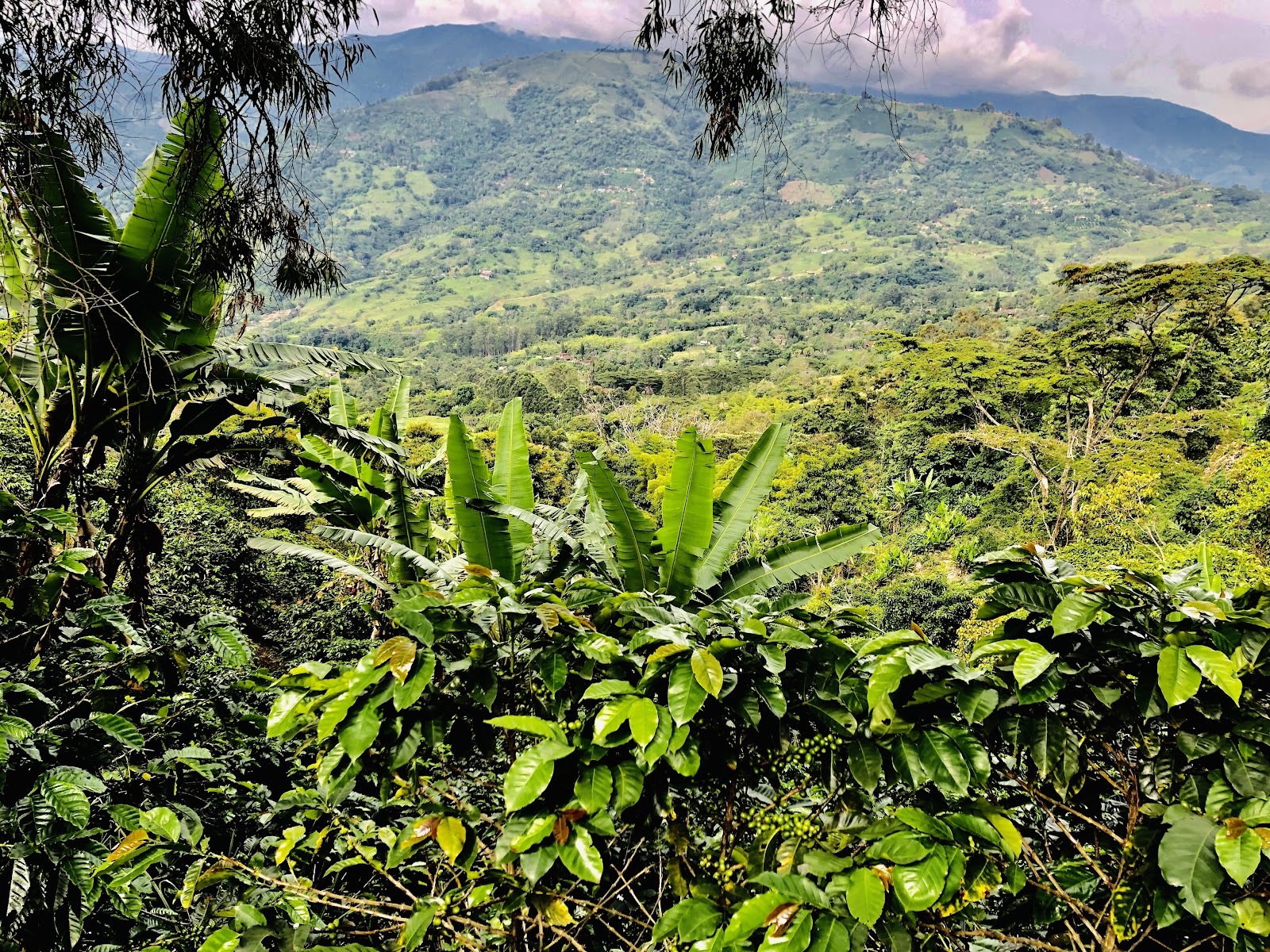 It took controversial legal steps for this to be possible.

Repressive positions of the 1986 Law 30, the Estatuto Nacional de Estpuefacientes (National Narcotics Statute) were overruled by a 5-4 vote on May 5, 1994 by Colombia’s Constitutional Court.  The Court in Ruling C-221 struck down personal possession penalties stating “the punishing of drug use violates the right to privacy, an individual’s autonomy and the free development of personality” (as articulated in Article 22 of the UN’s Universal Declaration of Human Rights).  The Court’s minority declared the decision “deplorable,” the U.S. State Department condemned it, and one poll showed nearly 70% of Colombians in opposition.

What a difference thirty years makes. The castigated Ruling C-221 led to Constitutional reform and became the mechanism for decriminalization, a personal drug consumption framework, and medical licensing. A 2013 Advisory Commission on Drug Policy, which included former President Caesar Gavira and former General and Police Chief Oscar Naranjo issued its report in 2015. Guidelines included recommendations to: reduce consumer risk, regulate medical cannabis, reconsider the ‘just say no’ policy, and to be a leader in the global drug policy debate. 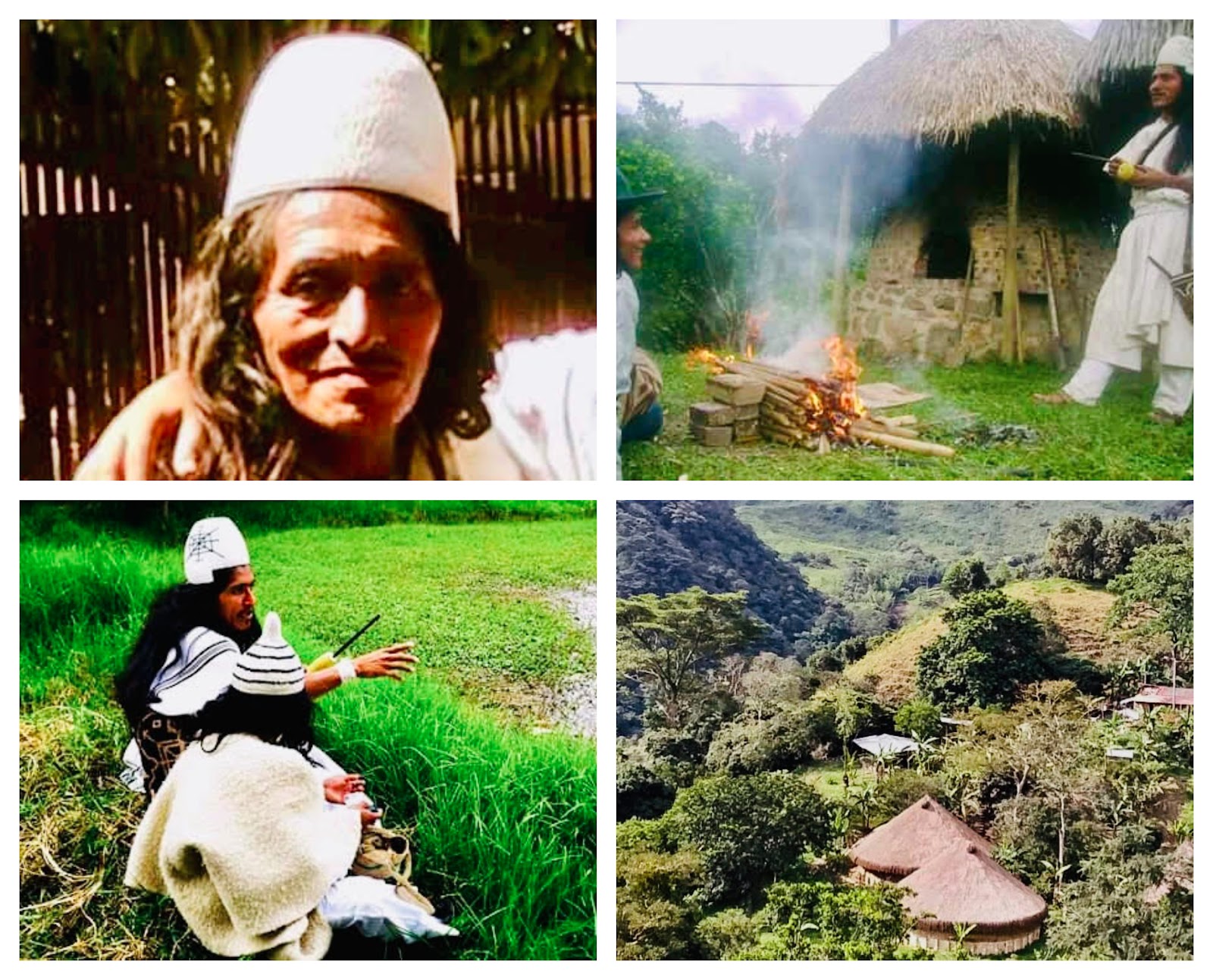 A Bill proposed by Senator Manuel Galan in 2014 to legalize medical cannabis obtained final approval in 2016 with Law 1787 near the time of the Peace Accord. The Bill’s Rationale included taking money out of the hands of traffickers, providing jobs to those who would otherwise grow coca or work for armed factions, and providing opportunities for small farmers. 2017 Regulations authorized psychoactive and non-psychoactive forms of cannabis for medical and scientific purposes, four license types (seeds, cultivation THC/CBD and manufacture), possession of up to twenty grams, cultivation of up to twenty plants and the export of manufactured oils.

The Quest For Adult-Use Legislation

The Coalition will propose new legislation on July 20, when Congress reconvenes and which will be modeled on both Portugal’s progressive drug policy and Canada’s adult use legislation.

Senator Bolivar (a novelist and screenwriter turned politician) told me that “the proposed legislation is intended to: make drug use a public health issue instead of a criminal issue, expand cannabis legality to all adults, and include programs to benefit small farmers and victims of armed conflict.”

Senator Julian Gallo, a former FARC leader and holder of one of the ten negotiated Peace Accord legislative positions, stated “it was essential to expunge criminal records for minor drug offenses and have a strong social equity component for those adversely affected by the war on drugs.”

“[It is] essential to expunge criminal records for minor drug offenses and have a strong social equity component for those adversely affected by the war on drugs.”

Senators Antonio Sanguino, Temistocles Ortega and Armando Benedetti explained the importance of a taxation framework that assures a portion of revenues be dedicated to medical, health and education programs.

Senator Bolivar further stated that “the government’s prohibitionist policies have failed and resulted in a four-fold increase in cocaine production and trafficking causing increased drug consumption and violence, including deaths of over five hundred social reformers that supported crop substitution policies.”

When a gram of ninety-percent pure cocaine (New York street value of $400 post being cut) can be purchased for $3.00 on Medellin’s streets, it is time for a Duque government to consider out-of-the-box options.

Dr. Sandra Carillo welcomed me to her table at a local restaurant in Medellin. She is a Colombian medical doctor, born and raised in Medellin and has witnessed firsthand the trauma resulting from destructive forces.

Terror, violence and uncertainty enveloped her teenage years; as a young adult, her position as an emergency room trauma doctor caused internal conflicts when her Hippocratic oath prevented her from making life-saving decisions favoring innocent victims over cartel members.

Dr. Carillo fled to Panama to build a life devoid of daily trauma. In the ultra-conservative, male dominated world of Latin America, Dr. Carillo had the courage to challenge societal norms and the medical establishment by becoming a medical cannabis advocate and educator.

Colombia’s Law 1787 provided her with the ability to return to her homeland and open medical clinics specializing in cannabinoid medicine and education, including free services for the poor.

Dr. Carillo, is one of the many selfless examples of the new Colombia. “Michael” she said with emphatic passion, “it is my duty to help my people”. 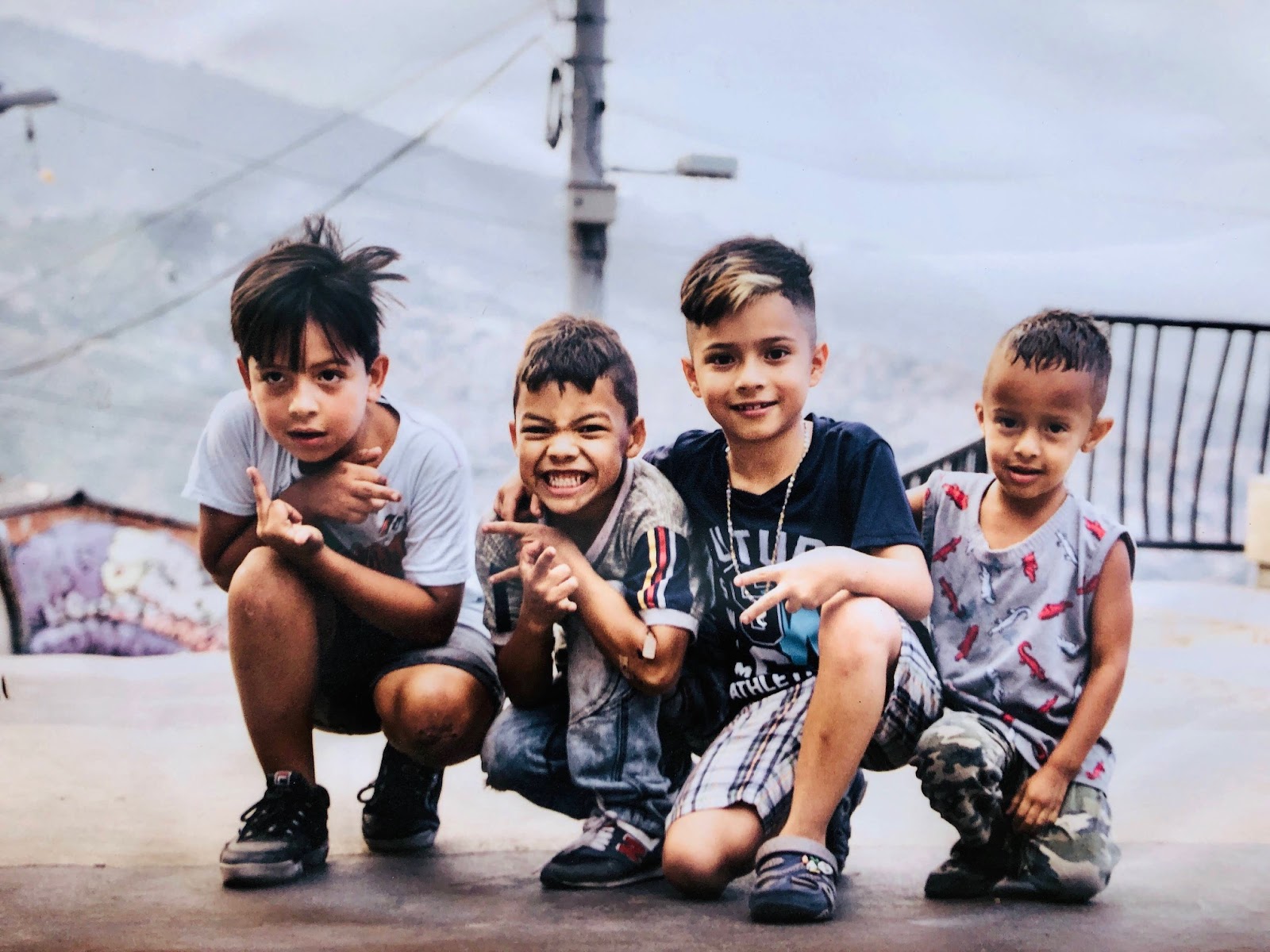 Editor’s note: below is a list of publicly traded cannabis companies with exposure to the Colombian market.

All pictures by Michael Miller.

The preceding article is from one of our external contributors and does not represent the opinion of Benzinga.

Cisco logo exhibited during the Mobile World Congress, on February 28, 2019 in Barcelona, Spain. NurPhoto | Getty Images Check out the companies making headlines after...

Trump's $300 unemployment benefit may take more than a month to arrive — if...

Larry Kudlow, director of the U.S. National Economic Council, speaks during a press briefing at the White House on July 2. Michael Reynolds/EPA/Bloomberg via Getty...

Spacex founder Elon Musk celebrates after the successful launch of the SpaceX Falcon 9 rocket with the Crew Dragon spacecraft at the Kennedy Space...

Brokering In 2025: The Future Of Brokerage