Cannabis stocks are taking a pounding on Friday, and have mostly been under pressure for the past month or so.

For most of the past year, cannabis stocks have enjoyed strong positive momentum and favorable technical trends, but recent weakness has done significant damage to the near-term technical picture of some popular cannabis plays.

“420 Investor” Alan Brochstein told Benzinga on Friday that with cannabis stocks already more than fully valued from a fundamental perspective, the weakness has been triggered by “breaking technical support in a market where sentiment has been impacted negatively by CannTrust issues as well as the firing of CGC co-CEO Linton.”

The hardest-hit cannabis stock recently has been CannTrust Holdings Inc (NYSE: CTST). The stock is down 46.8% this month, as Health Canada froze 5,200kg of the company’s cannabis inventory after auditors found it had been growing cannabis in areas that have not yet been licensed. In a business that is already fighting against stigma of illegitimacy, the CannTrust news dealt a blow to investor sentiment.

Bank of America analyst Christopher Carey double downgraded the stock this week, and the stock broke down to new 52-week lows. As a result, CannTrust broke well below long-term technical support at around $5. 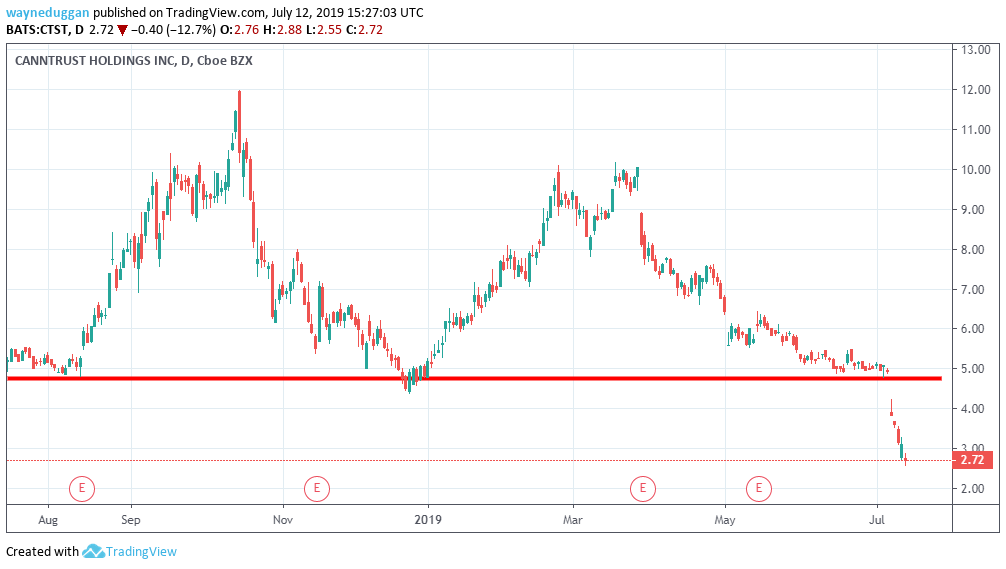 The CannTrust news added onto a negative shift in cannabis sentiment in recent weeks. Several other stocks broke below near-term technical support levels this week. CNBC’s Jim Cramer said Thursday cannabis investor expectations are simply too high at this point.

“Without the promise of legalization here in the U.S., you have to make decisions on the cannabis stocks based on the numbers, no longer optimistic promises,” Cramer said.

CannTrust isn’t the only victim of souring cannabis sentiment. Canopy Growth Corp (NYSE: CGC) broke below the $38 level, which served as a bottom throughout June to its lowest level since January. 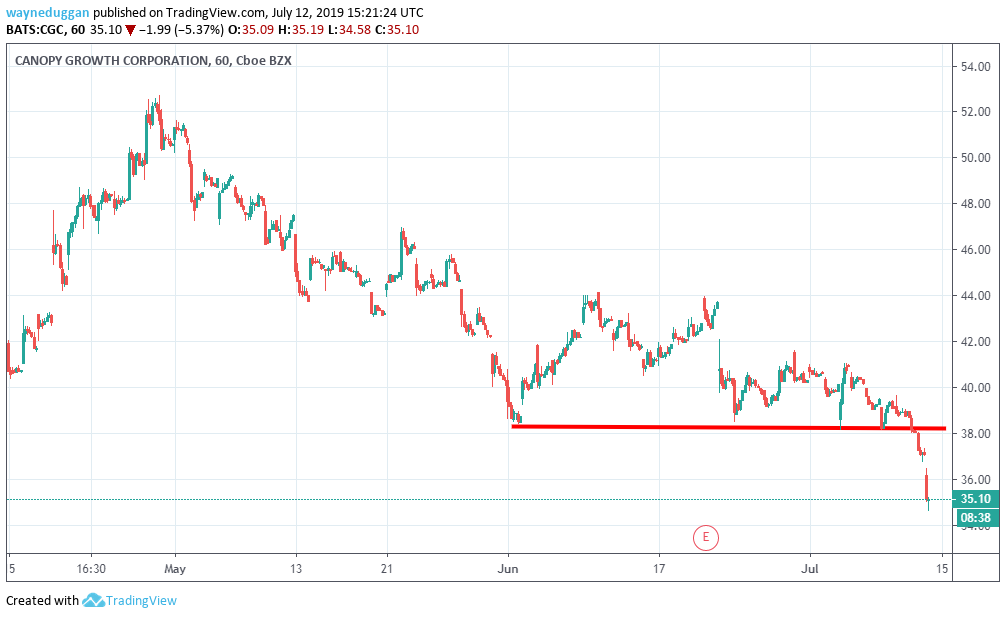 Aurora Cannabis Inc (NYSE: ACB) also broke below its June support level at around $7.10 and is now testing February support at $6.80. 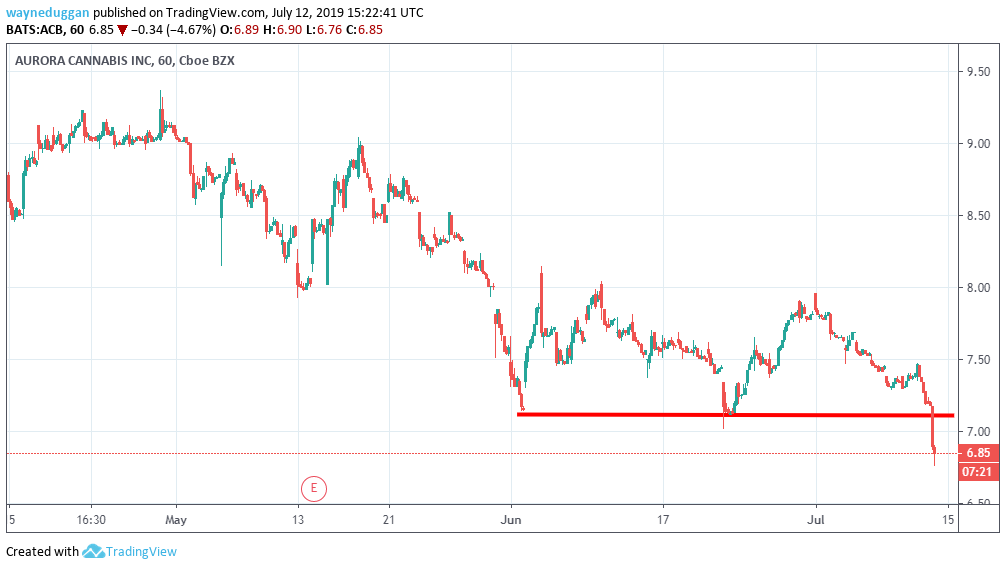 In fact, the technical picture for the cannabis group as a whole is looking particularly ugly. The ETF MANAGERS TR/TIERRA XP LATIN AME (NYSE: MJ) has been caught beneath a negative-sloping resistance line since it peaked at above $39 back in March. So far in July, the cannabis ETF has broken below both near-term support at around $31 and longer-term support at $30 dating back to January. 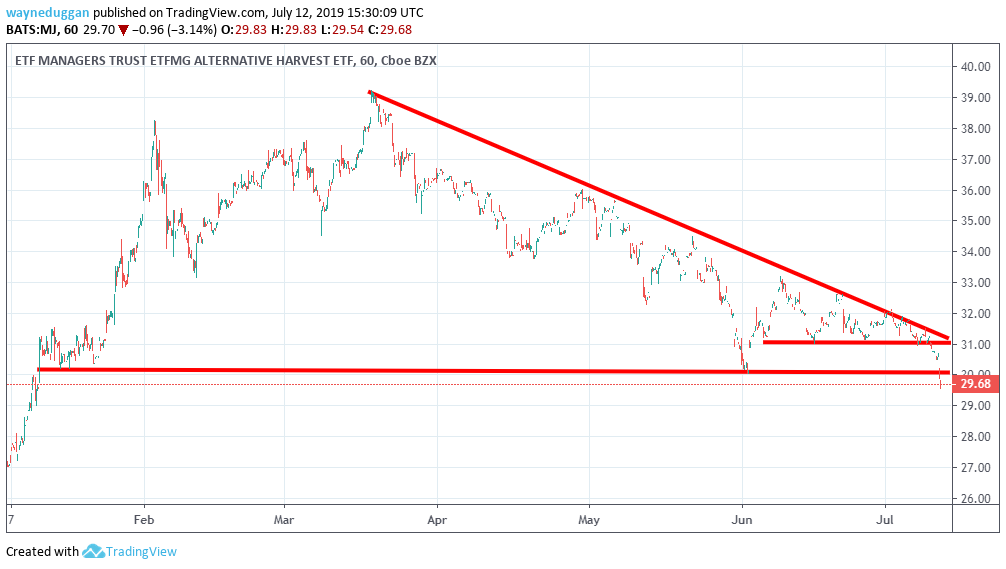 Regardless of the underlying fundamentals of the cannabis space, these types of technical breakdowns typically take some time to resolve and reverse. In the short term, at least, cannabis traders should expect selling pressure to continue as they wait out a longer-term technical bottoming process.

Never miss a news story in the cannabis world. Click here to check out Benzinga Cannabis for more.