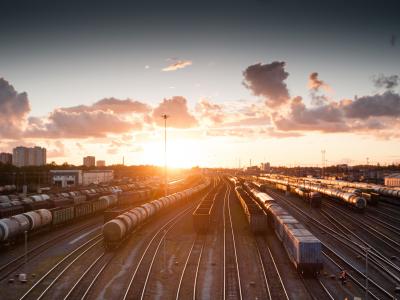 While operational efficiencies get the credit for a freight railroad’s improved operating ratio, other factors, such as changes in fuel prices and increases in freight rates, play significant roles according to a research paper by a law firm representing shippers in Canada.

Canadian National (NYSE: CNI) and Canadian Pacific (NYSE: CP) “have become more efficient in recent years, but we urge caution when considering operating ratio improvements as evidence of efficiency gains,” concluded the paper “Operating Ratio as a Measure of Railway Operating Efficiency” by law firm McMillan. McMillian presented the research paper at the annual Canadian Transportation Research Forum in Vancouver in May, and the law firm will release a bulletin about the report this week.

The paper continued, “Railway freight rate increases and fluctuations in fuel prices may have significant impacts on operating ratio, much of which represents serendipity or the exercise of market power.”

Author and attorney Ryan Gallagher said the paper grew out of a variety of research that the law firm performed for clients over the years. The team studied the factors contributing to CP’s calculation of its annual operating ratio from 2012 to 2016. Operating ratio, which can be a way to gauge the financial health of a company, is calculated by dividing operating expenses by revenues.

While operational efficiencies brought about by precision scheduled railroading take much of the credit for lowering operating ratios, the decrease in CP’s operating ratio from 83.3 percent for fiscal year 2012 to 58.6 percent by 2016 is also the result of other factors, according to the paper. In that same time period, as operating expenses per revenue ton mile (RTM) fell approximately 24 percent, fuel prices dropped from roughly $3.75 per gallon to under $2 per gallon. But CP largely retained the fuel surcharge and also benefited from improvements to its locomotives’ fuel consumption, according to the paper.

The research also stated CP had increased its average freight revenue by RTM by approximately 8.5 percent between 2012 and 2016, while fuel expenses fell and the fuel surcharge remained largely intact.

“While increasing revenue per RTM contributes to a reduction in CP’s operating ratio, those revenue increases result primarily from CP exercising its market power, as opposed to increased operating efficiency,” the paper said.

CP declined to comment on the report. The railway will release its second quarter earnings on July 16.

The paper was an academic exercise, Gallagher said.

“Operating ratio consists of a whole bunch of components, and people need to be mindful of that,” Gallagher said.

The global blockchain technology market size is expected to reach USD 57,641.3 million by...