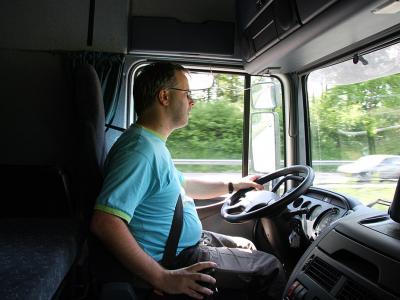 Kenny Brewer of Kansas City, Missouri, arrived for his shift as a forklift operator at the LME Inc. terminal in Kansas City around 10:00 p.m. on Thursday when he found out he no longer had a job.

“The gates were locked and no one was there,” Brewer told FreightWaves. “I had to hear the news from a driver that the company had sent everyone home around 2 p.m. that day.”

Brewer said he had worked for the company for two months prior to the closure. He said there were no signs that LME was in trouble as the company had hired around 10 new drivers and dock workers in the past two weeks.

“I was shocked because everything seemed like it was going well and we were hiring, which is usually a good sign,” Brewer said.

LME posted the following message on its website on Friday, a day after the company shuttered operations:

“We apologize for the inconvenience of the situation but effective July 12, 2019 LME Inc. will no longer be making pickups or deliveries of freight due to unforeseen circumstances and have ceased operations. Our plan is to utilize an alternate carrier to assist in getting all freight delivered and some staff are remaining to help with that.”

Prior to the closure, the company operated more than 30 terminals in 10 states and had more than 600 employees, including 382 trucks and more than 485 drivers, according to the Federal Motor Carrier Safety Administration’s SAFER site.

As of press time, LME executives did not return FreightWaves’ telephone calls or emails about the company’s closure.

Company officials have not stated why LME shuttered operations, but attorney John R. Stroebner of the law firm Lapp, Libra, Stroebner and Pusch, said the less-than-truckload carrier was being sued on “several fronts” stemming from a similar abrupt shutdown in November 2016.

The latest closure comes a month after the National Labor Relations Board (NLRB) ordered LME to begin paying out a $1.25 million settlement in June to union workers in Minnesota after its affiliate company, Lakeville Motor Express, abruptly ceased operations and failed to pay its workers in November 2016.

According to the NLRB, the amount would double to $2.4 million if payments were not paid within 60 days from April 30, 2019.

The NLRB described LME as an “the alter-ego” of Lakeville Motor Express.

Teamsters officials accused the trucking company of siphoning off freight to Finish Line Express, which was started by a former executive of Lakeville Motor Express a few months before the shutdown.

Lakeville Motor Express filed for bankruptcy in January 2017, but former workers said the company continued to operate as a non-union company in a different city under the name LME Inc.

The payouts should begin to the former employees in about three months, Stroebner said.

“They [LME] were under a lot of pressure and are being sued on several fronts,” he told FreightWaves. “There’s certainly a lot of interconnectedness between LME and Lakeville Motor Express.”

The Central States Pension Fund is also suing Lakeville Motor Express. A settlement conference is scheduled for August 26 in federal court in Minneapolis.

Charles Lofgren of Wyoming, Minnesota, said he feels sorry for the latest round of drivers and employees affected by the company’s shutdown on July 11. He said he was “forced into retirement” back in 2016 after working for the company for more than 16 years.

Lofgren was undergoing chemotherapy treatments for bladder cancer and was owed nearly $6,000 in back pay at the time of the shutdown.

Lofgren confirmed that he and former workers received their first round of checks as part of the NLRB settlement in June.

“I guess I am not surprised that this happened again,” Lofgren told FreightWaves. “I lost my job in the first round when they did their flim-flam thing.”

LME did not file a notice of its impending closure prior to its announcement on July 11, according to Shane Delaney, director of communications for the Minnesota Department of Employment and Economic Development, or DEED.

Employers with more than 100 employees are required to notify workers as part of the federal Worker Adjustment and Retraining Notification (WARN) Act. WARN requires employers to provide their employees with a 60-day notice of a massive layoff.

“We have not received anything from LME,” Delaney told FreightWaves. “Our Rapid Response and Dislocated Worker Unit here in Minnesota is working to contact the company and either confirm the layoff or get additional information.”

Delaney said once it contacts LME, the agency will work “to get information out to all of the impacted employees and let them know what their next steps are going to be.”

Truck driver Justin Patterson of Mosinee, Wisconsin, said he was “completely blindsided” by the news that LME was ceasing operations. He recently joined LME as a linehaul driver.

Prior to the company’s closure, Patterson said he had “zero complaints” and loved his job.

“I never saw this coming and I feel none of my management knew either,” Patterson told FreightWaves.

Payday was Friday, but Patterson and Brewer said they did not receive checks.

“I was told yesterday that I would receive the pay owed to me, received my paystub yesterday for the work week two weeks ago and no deposit in my account this morning,” Patterson said.
“So, that’s three weeks of pay I won’t see.”

Sources reached out to FreightWaves on July 11 to report that LME has suddenly and abruptly shut its doors, notifying shippers that it was ceasing operations.

This is the fifth major closure in 2019. The others were NEMF, Falcon, Williams Trucking of Dothan, Alabama, and Indiana-based A.L.A.