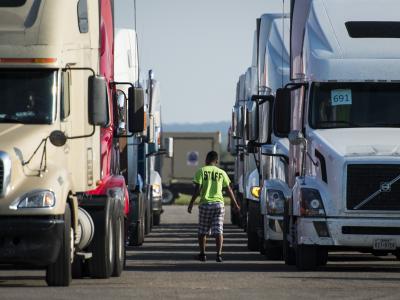 The Federal Motor Carrier Safety Administration (FMCSA) has proposed delaying two provisions in its Entry-Level Driver Training (ELDT) rule from February 7, 2020, to February 7, 2022, according to a Federal Register notice published on July 18.

According to the notice, the extension would give training providers more time to upload driver-specific training certification information into the new Training Provider Registry (TPR) database and SDLAs more time to confirm CDL applicants have complied with training requirements before taking a knowledge or skills test.

“The agency proposes to extend the compliance date at this time so that SDLAs and other stakeholders can take the proposed delay into account when setting budget and resource allocation priorities,” FMCSA stated in the notice.

With the extension, the agency said it would also have more time to complete the IT infrastructure for the registry to allow for the upload and storage driver training records. The American Trucking Associations (ATA), which has been concerned about the rollout of the EDLT rule given the size of the project, is not in favor of extending the deadline.

“ATA strongly supports the ELDT requirements established in FMCSA’s 2016 final rule,” Abigail Potter, ATA’s Manager of Safety & Occupational Health Policy, told FreightWaves. “However, ATA is concerned that delaying major aspects of the ELDT requirements could have a significant impact on the enforcement and the effectiveness of the rule’s intended goal.”

A U.S. Department of Transportation spokesman told FreightWaves that the extension will ensure smooth implementation from both the states and the FMCSA and will not hinder the effectiveness of the program.

The FMCSA also pointed out in the notice that, despite the deadline extensions, it does not propose other substantive changes to the ELDT requirements. “This means that, beginning February 7, 2020, training providers wishing to provide ELDT must be listed on the TPR and drivers seeking a CDL or endorsement on or after February 7, 2020, must complete the required training, as set forth in the ELDT final rule,” according to notice.

Comments on the agency’s proposed extension are due by August 19.

Major less-than-truckload player UPS Inc (NYSE: UPS), meanwhile, has applied for an exemption from two of the rule’s requirements, including those related instructor qualifications, claiming it would drastically reduce the number of its certified driver instructors. Comments on the UPS request are due by July 19.

Robinhood traders are not behind the rally and their favorites actually underperform, Barclays says