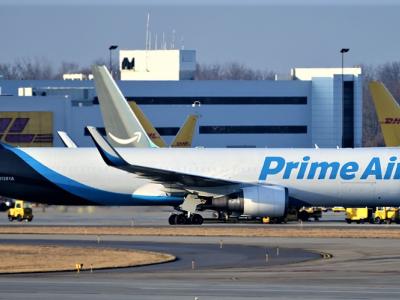 FreightWaves features Market Voices – a forum for those with unique knowledge of numerous transportation/logistics/supply chain sectors, as well as other critical expertise.

Airports are funded by a mix of public and private money. As an example, airlines pay landing fees for flights and passengers have a number of facility and security surcharges added to their tickets. Combined with other revenue sources like bond sales and federal funding allocated by Congressional appropriations, airports are constantly striving to secure as much funding possible for a variety of projects and expenses.

Earlier this month, the Federal Aviation Administration (FAA) released a detailed list of the airports that will receive funds under the agency’s annual Airport Improvement Plan (AIP) grant program. According to the FAA, “For large and medium primary hub airports, the grant covers 75 percent of eligible costs (or 80 percent for noise program implementation). For small primary, reliever and general aviation airports, the grant covers a range of 90-95 percent of eligible costs, based on statutory requirements.”

The list of grant awards runs nearly 30, single-spaced landscape pages of spreadsheet output. A number of airports have a heavy air cargo focus and these grants provide additional dollars to complete projects ranging from taxiway improvements to runway reconstructions that allow both passenger and freighter aircraft to more quickly and efficiently arrive, load, unload and depart.

Chicago’s Rockford International Airport (RFD), approximately 90 miles northwest of O’Hare International Airport, is home to Amazon.com Inc.‘s (NASDAQ: AMZN) Prime Air, UPS Inc. (NYSE: UPS) and operates a robust aircraft maintenance facility. RFD is slated to receive almost $11.3 million to rehabilitate a runway and taxiway. Given the increasing number of takeoffs and landings, the airport’s goal is to ensure that its infrastructure can handle the additional traffic that has grown over the past several years.

O’Hare will receive a grant of $65 million that will be put towards the construction of runway 10C/28C – the final runway in the airport’s modernization plan that has seen new runways constructed, additional cargo handling facilities added and will be looking towards new passenger terminals over the next decade.

From the airlines’ perspective, while the awarding of grants doesn’t directly impact them, the obvious investment that an airport makes, coupled with its natural geography, are a few of the key factors that are considered when selecting destinations. For airports with a focus on freighters, the pool of carriers is different and the competition fierce.

North American Director of Sales for AirBridge Cargo, Caroline Pappas, knows the importance of infrastructure. “As an operator of only freighter aircraft, being close to our ‘customer’ means looking at where we have cargo coming from and going to. While connectivity for passengers isn’t important, connectivity for cargo is,” Pappas offered.

“Access to interstate highway systems and the ability to quickly load and unload our aircraft are key considerations for AirBridge. When airports AirBridge uses like O’Hare and Rickenbacker are continually making infrastructure investments that support air cargo, it reinforces our choice to make them key hubs for our activities.”

Without passengers needing to arrive or depart a proximal destination for leisure or business, cargo airports are focused on the freighters that arrive and depart and have cargo terminating within the arriving market or have ready, multi-modal access to population centers that are within one to two days driving distance.

But you don’t have to be a freighter operator to focus on cargo. For Southwest Airlines and the robust business that Southwest Cargo does within its network, the airline flies to many of the airports that received AIP grants this month.

“From a [Southwest] Cargo standpoint, we look at the AIP grants through the same lens and with the same question – how do we provide the best service to our customers at the lowest cost,” shared Wally Devereaux, Managing Director of Cargo and Charters. “We value our airport partnerships and work in concert with our airport partners during projects to ensure there is little impact to our customers, employees and overall operations, including ensuring cargo gets to the places it needs to go.”

Dallas, Texas is home to both Southwest Airlines and American Airlines. Dallas Fort Worth International Airport (DFW) and Alliance Airports both were grant recipients.

With airlines and airports competing for passengers and new city pairings that more fuel-efficient aircraft offer, the available belly space for cargo will increase and for airports catering to freighter aircraft, their cases are bolstered for why they should see more traffic as well.

The FreightTech Venture Cycle Is Here To Stay. Ignore At Your Own Peril.

With Some Major Wins In The Bank, Pittsburgh Airport Takes Its Next Growth Steps...