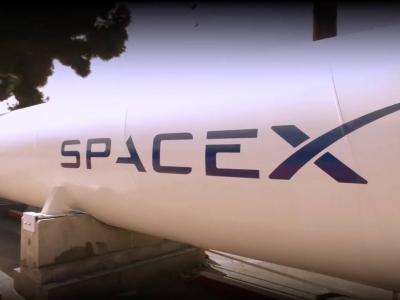 At the 2019 SpaceX Hyperloop Pod competition, the student team from Germany’s TU Munich achieved a top speed of 463 kmph (288 mph) on its prototype pod over a 1.2-kilometer (0.75 mile) test track.

The competition was initiated in 2015 by SpaceX at its headquarters in Hawthorne, California, where student and non-student teams are invited to participate in a contest where hyperloop prototypes are made to run through a vacuum tube and measured for their speed and safety. Though the length of the test tube was just 1.2 kilometers over the last few years, the 2020 competition is expected to have a 10 kilometer (7.5 mile) tube, which would allow more elaborate testing.

TU Munich’s team won the competition this year, although the pod disintegrated shortly after it broke the speed record, but not before it managed to finish the event. However, the team confirmed that the pod did not explode but rather lost “some parts” along the way.

“The biggest impact occurred when one of the screws that holds the rail to the ground hit one of our brakes, ripping apart its bottom. With that the pressurized brake lost all pressure instantly, which made it look like an explosion,” said the team on Twitter Inc (NYSE: TWTR). “The pod didn’t explode. One of the propulsion modules derailed most likely because of a larger misalignment of the rail segments. With the pod consequently running too low, some of the other modules were deformed due to the anomalous loads and made one of the motors hit the shell.”

This futuristic transport solution was first conceptualized in 2012 by Elon Musk, the CEO of Tesla Inc (NASDAQ: TSLA) and SpaceX, when he was looking for an alternative to the still-under-construction California High-Speed Rail System (CAHSR), which he found to be untenable for the costs incurred. The idea behind hyperloop’s functioning is simple – a transport pod is made to move at high speed within a vacuum tube, while being powered by linear induction motors and axial compressors. The vacuum within the tube helps the pods move without friction or air resistance, making the system fast and also energy efficient.

The interest in hyperloop has grown exponentially over the years, with several startups creating hyperloop projects across the world. Hyperloop One and Hyperloop Transportation Technologies are among the most prominent of those startups.

Nonetheless, hyperloop is not without its share of detractors. Though hyperloop does look promising on paper with a theoretically possible speed of 1,200 kmph (760 mph), the recorded top speeds of pods to-date are a fraction of that. And this apart, hurtling at several hundred miles per hour within a closed vacuum tube might sound frightening to prospective passengers, because a freak accident would mean almost certain death.

Though Musk’s initial idea was to envision a system that could be cost-effective in comparison to CAHSR, there are more established transport systems across the world that are relatively cost-effective and also could move at high speeds. The maglev trains in China and Japan are an example. Those trains use magnetic levitation to nullify friction between the wheels and the rail, allowing them to cruise at up to 600 kph (373 mph) over long distances.

Luckin Coffee IPO – What you need to know

Fiona Apple Smokes A Ton Of Marijuana To Cure Her Insomnia