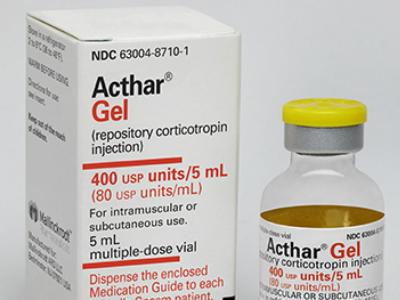 Mallinckrodt PLC (NYSE: MNK) shares are down 32.4% year to date, but a series of unusually large options trades Wednesday morning suggests at least one trader thinks there may be even more downside ahead.

On Wednesday at around 9:46 a.m., Benzinga Pro subscribers were alerted to a purchase of 702 Mallinckrodt put options at a $7 strike price that expire Oct. 18. The puts were purchased at the ask price of $1.25 and represent an $87,750 bearish bet that Mallinckrodt shares will be trading at or below $5.75 roughly three months from now.

Within one minute, likely the same trader bought an additional 620 of the same put options at the ask price of $1.30. This second trade represented another $80,600 bearish bet on Mallinckrodt.

All together, the trader(s) bought a net of $534,259 worth of Mallinckrodt put options within a 10-minute stretch.

Even traders who focus exclusively on the stock market watch the options market closely to gain insight into what option traders may be thinking.

Due to the relative complexity of the options market, options traders are generally seen as more sophisticated than the typical stock trader. Large options traders are often institutions or wealthy individuals that may have a unique perspective and/or advance information on a given stock.

On July 19, the Washington Post reported on internal emails sent by a Mallinckrodt sales manager indicating an indifferent attitude toward the company’s role in the opioid crisis. Mallinckrodt and other opioid drug makers have taken a hit recently due to concerns about ongoing opioid litigation.

At the same time, Mallinckrodt is expected to report second-quarter numbers Aug. 8. The bearish trader(s) may anticipate disappointing numbers and/or bearish commentary from management related to the company’s opioid exposure and sales outlook.

Unfortunately, there’s no way to be 100% certain whether the buys are a standalone position or a hedge against a larger stock holding.

Given the combined value of Wednesday’s trades is under $550,000 in size, they would be relatively small to be institutional hedges. However, the trades were all placed within a 10-minute stretch and were broken into five smaller lots, a common strategy for institutions trying to keep their moves under the radar.

The stock traded around $6.87 per share at time of publication.