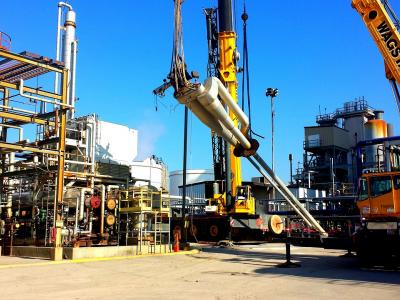 Shares of a Latin American shale play are up for grabs, as the exploration and production company seeks a U.S. listing this week.

Based on the closing price of its series A shares on the Mexican exchange range as on July 17 and the USD-MXN exchange rate, the company expects to price the offering at $9.46 per ADS.

The company proposes to apply for listing its shares on the NYSE under the ticker symbol VIST.

The company intends to use the net proceeds from the global offering to fund capital expenditures relating to its development plan, which is focused on developing its shale acreage.

Vista, incorporated March 22, 2017 and operating since April 4, 2018, is an oil and gas company engaged in exploration and production of oil and gas, with its operations concentrated in Argentina and Mexico. The bulk of the company’s production and revenues originate in Argentina.

It seeks to develop its premier shale acreage in its approximately 134,000 net acres in the Vaca Muerta shale play in Argentina.

As of March 31, 2019, the company ranked sixth in terms of oil production in Argentina, with an average daily production of 25,693 boe/day as of March 31.

Vista reported pro forma revenue from contracts with customers of $435.66 million and a pro forma loss of $9.52 million for the fiscal year 2018.

Wanda Sports IPO: What You Need To Know

Health Catalyst IPO: What You Need To Know

A Peek Into The Markets: US Stock Futures Gain Ahead Of Economic Reports

Your first trade for Friday, May 10

Soybean And Cattle Farming To Blame For Amazon Rainforest Fires