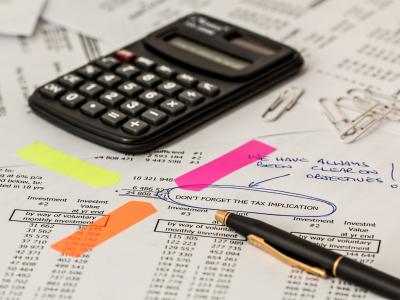 The Trump administration’s tariffs on imports from Canada, Europe and especially China have disrupted freight flows, trade relationships and business investment across the globe. Just as important, the business models of multinational companies that move goods across borders are also under attack – companies that import goods subject to tariffs are hit by extra costs months before they have a chance to recoup them, assuming they can. Tariffs squeeze free cash flows, increase working capital requirements and ultimately hinder growth on both sides of the ocean.

Flexport announced the launch of Flexport Capital, a suite of financial services to ease the cash crunch faced by fast-growing shippers hit by tariffs.

“We discovered that over 60 percent of Flexport clients have had products affected by the tariff increase, resulting in higher duty payments since January 2018,” wrote Flexport’s vice president of Flexport Capital Dan Glazer in a blog post. “Additionally, of our affected clients, we found that the average landed unit cost has increased by about 30 percent due to the tariffs when comparing the first half of 2019 to 2018.”

There are a number of ways that importers have tried to get around the tariffs – by buying more container ship capacity and pulling freight forward ahead of tariff deadlines, or investing in partners and facilities outside of China. But those workarounds can be nearly as capital-intensive as paying the tariffs themselves, particularly as vacant warehouse space near West Coast ports becomes more scarce.

While Flexport did not say how much money it is committing to Flexport Capital’s trade finance products, company officials did say that the company is on a run rate to finance $100 million of inventory, customs and freight charges for its customers this year.

Flexport says that its trade finance line offers customers an advantage over traditional lenders because it has deep insight into its customers’ business models and visibility into their freight down to the SKU level. Flexport knows exactly how much inventory its customers have in transit and can offer credit while the cargo is still on a ship. In addition to customizable repayment terms and a leaner cost structure – because it’s precisely tailored to its customers’ freight movements – Flexport, of course, advises its customers on how to lower their overall transportation costs, for example by switching from air to ocean.

“People have focused on the international relations aspect of the tariffs, but neglected what it is doing to businesses,” Levy said. “It’s impacting working capital, and money that businesses need to grow is being diverted to paying tariffs.”

Tariffs are being driven by a volatile geo-political climate and represent an unexpected cost, which makes them all the more disruptive.

“Part of the key here is that it’s a somewhat unexpected shock,” Levy explained. “If you go back to early May, you had people thinking the U.S. was probably going to make a deal with China. Various market participants didn’t necessarily anticipate they were going to have to set aside this cash; hence the demand for tariff relief.”

Dr. Levy said that Flexport is seeing market distortions as a result of the tariffs “in three dimensions”: companies not undertaking transactions they might do otherwise; sudden changes in the timing of shipments in an attempt to frontrun tariffs; and geographical shifts away from tariff-impacted countries.

“That’s part of the problem of doing bilateral trade policy in a multilateral world,” Levy said, “tariffs apply to U.S.-China trade but not to Chinese territories or to Vietnam.” Of course, as companies react and re-design their supply chains, policymakers react as well. President Trump has also threatened Vietnam and India with tariffs.

Dr. Levy also said that while the tariffs appear to be having an impact on China’s economic growth – though he cautioned that official government numbers should be taken with a degree of caution – he emphasized that many of the companies affected are U.S. companies that have international supply chains in order to lower the cost of goods for American consumers.

Flexport is building up an economic forecasting team to continue leveraging its expertise on behalf of its clients, Levy said, and he’s keeping his eye on macro data. He noted a possible divergence in the Eurozone’s manufacturing and service economies, which can make GDP numbers less relevant for companies exposed to freight.

Levy said that his base case for global growth is not exciting but not that worrisome. Unfortunately the bias is tilted to the downside as “it’s hard to see situations making things significantly brighter, but not that hard to see things which could make us take an ugly turn.”

The Application of Blockchain in Southeast Asian Countries, Forecast to 2023

FreightWaves: Impacts Of The Coronavirus On Global Shipping

Logistics Sector Prepares For Hurricane Dorian And The Aftermath