Trimble‘s (NASDAQ: TRMB) second quarter 2019 earnings were basically in line with analyst expectations. The company reported diluted earnings per share (EPS) of $0.53, $0.01 short of estimates and $0.02 higher than the second quarter of 2018.

The company attributed the slight year-over-year earnings increase to overall revenue growth, which was offset by higher interest expenses and a higher tax rate. Company leaders see the second quarter result as a win, given current market ambiguity.

“Our second quarter results met expectations despite greater uncertainties,” said Steven Berglund, Trimble’s president and CEO. “Although we anticipate market ambiguities to persist for the remainder of 2019, the business model transformation remains on track. Software, services and recurring revenue grew by 22 percent in the quarter.” 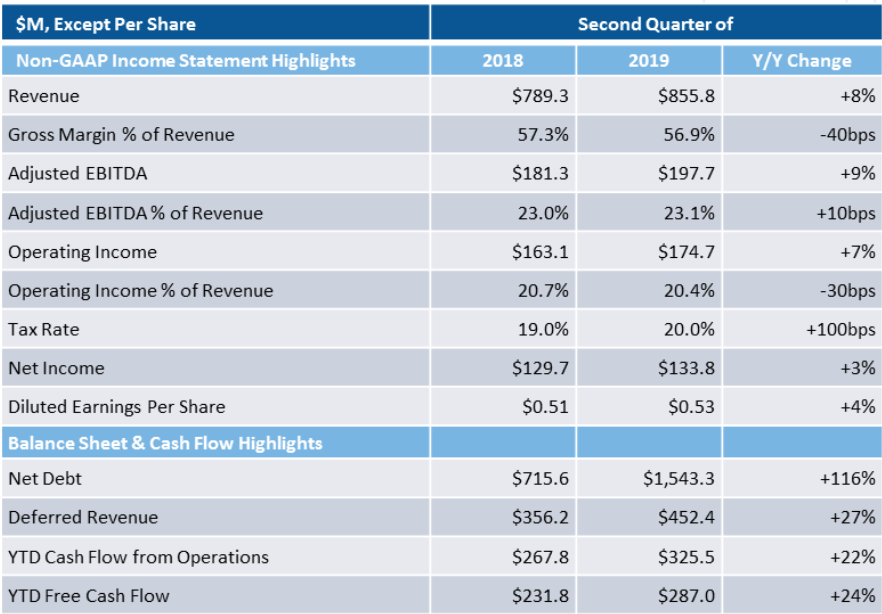 The developer saw second quarter revenues of $855.8 million, up 8 percent year-over-year and meeting analyst expectations. Revenue growth was lead by the building and infrastructure segment, which came in at $339.9 million, climbing 22 percent year-over-over.

The company’s geospatial segment took a hit due to a year-over-year decline in original equipment manufacturer (OEM) sales. Company leaders said the decline was largely due to softness in China. The transportation segment, however, got a significant bump from strong electronic logging device (ELD) sales.

True to the softness already noted in China, the company’s revenue struggled in Asia-Pacific. Trimble recognized a 16 percent decline year-over-year in the region.

The company expects to see revenues decline in the next few months. For the third quarter of 2019, Trimble expects revenues to be between $789 million and $819 million, with EPS coming in between $0.45 and $0.49.