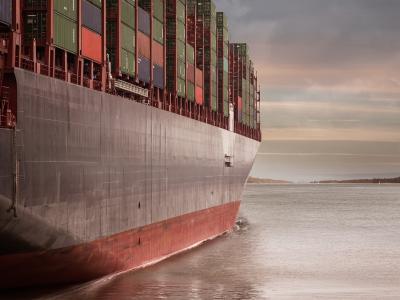 Ocean shippers, carriers and forwarders have long known it and now the United Nations has proved it with numbers – China and Asia utterly dominate the commercial maritime world.

In a massive 14-year study going back to 2006, the UN Conference on Trade and Development (UNCTAD) has ranked 1,249 ports by how well connected they are to other ports around the world.

Commenting on the creation of the index, UNCTAD’s director of technology and logistics, Shamika N. Sirimanne, said, “a container port’s performance is a critical factor that can determine transport costs and, by extension, trade competitiveness.”

She added that “efficient and well-connected container ports enabled by frequent and direct shipping services are key to minimizing trade costs and fostering sustainable development.”

By the numbers: the top five most connected ports

Shanghai, China is the world’s most connected port with a connectivity score of 134.3. It has also been growing in its connectivity. The UN ranking is indexed to the number 100 as applied to the whole of China in 2006. Incidentally, in the first half of this year, Shanghai handled 21.5 million containers of twenty foot equivalent units (TEU), according to China’s Ministry of Transport data.

Singapore, right in the center of East Asia, takes the number two spot with 124.6 connectivity points. The city-state handled just over 18.0 million TEU in the first half of 2019, according to official data.

Korea’s Busan (referred to in the study by its old romanized name of Pusan) in the southeast region of the country, opposite Japan, was third on the list with a connectivity index of 114.5. Unfortunately, Busan does not appear to have reported its first half statistics for this year. Late in 2018 it published its 2017 data: Busan handled just under 20.5 million TEU back then.

Hong Kong is the fifth most connected port in the world. It has a connectivity index of 102.8 points. Hong Kong has not yet released its 2019 half-year data. Between January to April (the latest month for which data has been released) Hong Kong handled just under 6.0 million TEU; of which 1.8 million TEU were river-borne boxes and 4.2 million were seaborne boxes.

No North American port makes an appearance until number 36 when New York/New Jersey enters the list with 49.9 points. Back in 2006 when the index began it had just under 36.1 connectivity points.

Asian and Oceanian (Australia, New Zealand and the South Pacific islands) countries accounted for 334 of 1,249 entries, or about 26.7 percent of all entries.

Given China’s dominance in the list of ports, readers may be unsurprised to learn that China dominates the top of the Asia-only list too. Chinese ports account for six of the top 10 most connected ports in Asia and 10 of the top 15 most connected ports. These ports are Shanghai, Ningbo-Zhoushan, Hong Kong, Qingdao, Xiamen, Xingang, Shekou, Yantian and Nansha. In the top 20, the non-Chinese ports are Singapore (2), Pusan/Busan (3), Port Klang (7; Malaysia); Kaohsiung (8; Taiwan); Tanjung Pelepas (14; Malaysia) and Dalian (15; China).

Analysts at the UNCTAD made several observations about liner connectivity in Asia and Oceania.

“Connectivity in Kobe and Nagoya (Japan) declined over the last decade, reflecting slower economic growth in Japan and the fact that its ports are less competitive as transhipment centres,” they said.

They also pointed to the poor showing of South Pacific island nations, noting that they have some of the lowest port connectivity in the world, which helps to lock those countries into less investment and a higher cost of trade.

“Port Vila (Vanuatu) receives about one container ship every three days, and there are only four companies providing any regular shipping services to the country. In Kiribati, only one operator is offering regular liner shipping services, with one ship arriving about every 10 days. Many [small island developing states] are confronted with a vicious cycle where low trade volumes discourage investments that would improve maritime transport connectivity. At the same time, low connectivity also translates into more costly and less competitive trade.”

It also takes into account the average size in TEU of ships deployed by the scheduled service with the largest average vessel size and the number of other ports that are connected to the port through direct liner shipping services (i.e. regular service between two ports without trans-shipment of containers).2

On the mathematical side. It’s a little complicated. As UNCTAD explains: “For each component, the port’s value is divided by the maximum value for the component in 2006 and then calculate the average of the six components for the port. The port average is then again divided by the maximum value for the average in 2006 and multiplied by 100. The result is a maximum LSCI of 100 in the year 2006. This means that the index for China in 2006 is 100 and all other indices are in relation to this value.”

Elsewhere around the maritime world

Latest round of tariffs a threat to US port expansion plans
US ports are worried about the impact of the extra tariffs Washington will slap on imports from China on September 1. They are particularly concerned about how it will affect the cost of ship-to-shore cranes.
(The LoadStar)

The Asian market is Traxens’ next big target
A few months ago, Maersk announced that the company will invest in French tech firm Traxens, which develops smart containers. With a solid European foothold, Traxens’ main target is now Asia, which will be approached on two fronts.
Shipping Watch

How Amazon Can Deliver $1 Items Overnight For Free

Cannabis Stock Gainers And Losers From May 28

At FedEx, The Pain Continues, And The Gain Isn't In Sight

Amid climate crisis, investors are starting to put their money towards...