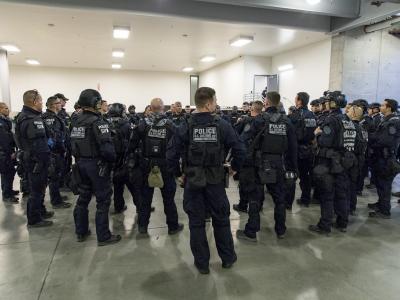 Customs and Border Protection will conduct a test to examine new functionalities for de minimis entry filings in the Automated Commercial Environment (ACE) beginning no earlier than September 28, CBP announced.

The Trade Facilitation and Trade Enforcement Act of 2015 (TFTEA) authorized CBP to provide an administrative exemption for importers to admit shipments valued at $800 or less imported by one person on one day free from duty and tax.

Section 321 shipments may be entered by presenting a bill of lading or a manifest listing each bill of lading. Generally, such shipments are released from CBP custody based on the information provided on either of those documents, but all shipments subject to PGA requirements currently are ineligible for entry under this “release from manifest” process, CBP noted.

Low-value shipments subject to PGA requirements have been required to be entered via formal entry or via a more complex informal entry type “11,” the agency said.

Importers of de minimis shipments that don’t contain any PGA data requirements may continue to utilize the “release from manifest” process or may utilize the Type 86 test, CBP said.

The test is open to all owners, purchasers, consignees and designated customs brokers of de minimis shipments, including shipments subject to PGA requirements, imported via all modes of cargo transportation.

“CBP encourages all eligible parties to participate in this test to test the functionality of the new entry type,” the announcement says.

Purposes of the test include evaluating ACE functionality, facilitation of cross-border e-commerce and the effectiveness of the new entry type in addressing threats and complexities resulting from both the global shift in trade toward e-commerce and the vast increase in de minimis shipments, CBP said.

Entry Type 86 requires the owner, purchaser or customs broker to file the following data elements with CBP no later than 15 days after cargo arrival:

• Fair retail value in the country of shipment;

• And importer of record number of the owner, purchaser or broker.

The last of those data elements is conditional — and is required when a shipment is subject to PGA data reporting requirements.

After entry of the required data, a “CBP release” message in ACE indicates that CBP has determined that the Section 321 goods may be released from CBP custody.

CBP said it is inviting all interested parties to comment at any time on any aspect of the test, including its design, conduct and implementation, to determine whether to modify, alter, expand, limit, continue, end or fully implement the new entry process.

Investors Appear To Relax A Little On Encouraging News On China,...