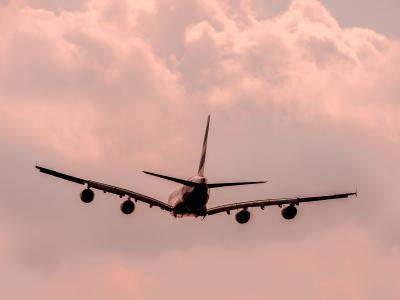 Stephen Dickson was sworn in as Administrator of the Federal Aviation Administration (FAA) at the same time one of the biggest issues facing the agency, the grounding of the 737 MAX, remains unresolved.

Dickson, who was confirmed by the U.S. Senate in July, recently retired from Delta Air Lines (NYSE: DAL) as Senior Vice President-Flight Operations, where he was responsible for the company’s safety and operational performance as well as for pilot training, crew scheduling and regulatory compliance. FAA Acting Administrator Daniel Elwell will become the agency’s deputy administrator.

“Nowhere else in the world sees the volume, complexity and pace of innovation that we have in America,” Dickson said after being sworn in on August 12 by U.S. Department of Transportation Secretary Elaine Chao. “Maintaining the highest levels of safety while adapting to technological advancements will be a key part of our success. I am honored to be able to help write the next chapter in the history of the FAA.”

A former U.S. Air Force officer and F-15 fighter pilot, Dickson flew commercially as well, with experience flying the A320, B727, B737, B757 and B767. He has also served as chairman of several industry stakeholder groups and federal advisory committees.

Dickson did not receive bipartisan support to be FAA administrator – he was the first FAA nominee to receive a party-line vote out of committee.

Much of the opposition was based on allegations of whistle-blower retaliation while he was a safety official at Delta. “It is clear to me that he is not the right person for the safety culture that we need today at the FAA,” said Maria Cantwell (D-Washington), ranking member of the Senate Commerce Committee, on the eve of his nomination.

Dickson will be tasked with overseeing the continued grounding by the agency of Boeing’s 737 MAX fleet, which may not be approved to return to service until early 2020, according to some reports. Boeing Co (NYSE: BA), which attributed its second-quarter loss directly to the plane’s grounding, is working with the FAA on a process for lifting the grounding order.

While the plane is in service primarily as a passenger aircraft, the uncertainty over when the fleet will be back in the air could become an issue for air cargo as well.

Fed Maintains Interest Rates, Sees No Changes Ahead In 2020

Dynasil Corporation of America's Announces Filing of Form 25 and Suspension of Trading of...