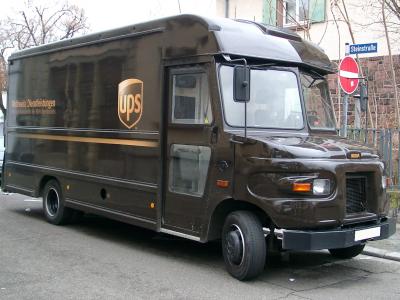 Even without the possible purchase of an idled General Motors (NYSE: GM) plant, Workhorse Group Inc. (NASDAQ: WKHS)  has a story strong enough that one analyst is doubling his earnings estimate for the maker of electric step vans.

Cowen analyst Jeffrey Osborne raised his estimate for Workhorse shares from $2.00 to $4.00 based on the company beginning production in the fourth quarter of more than 1,100 lightweight electric-powered NGEN vans. Most of the orders are for last-mile delivery use by United Parcel Service (NYSE: UPS).

Workhorse also has upside because of customer interest in its W-15 electric pickup truck and its status as a finalist with partner VT Hackney for a  $6.3 billion contract to build the next-generation postal delivery vehicle, Osborne wrote in an August 12 note to investors.

Overlooked in second-quarter earnings coverage, Osborne wrote, was a strategic partnership with Duke Energy (NYSE: DUK), which spares Workhorse from buying batteries. The utility would own the batteries in the Workhorse NGEN vans and lease them to end customers and provide behind-the-meter infrastructure including equipment and energy management.

Workhorse is in “late-stage due diligence with a buyer” for its SureFly vertical lift helicopter technology, which Osborne estimated is worth about $30 million. Proceeds from a sale would be added to the $23.5 million that Workhorse had on hand as of June 30, plus a revolving line of credit of about $25 million from hedge fund Marathon Asset Management.

Combining the three financial sources should be sufficient for Workhorse to produce the order backlog which CEO Duane Hughes said on the second-quarter earnings call is worth about $70 million.

“Our company is in the healthiest cash position in our history,” Hughes said August 6 on the company’s second quarter earnings call.

The wildcard for Workhorse is whether a group led by former CEO Steve Burns can raise an estimated $300 million to purchase the idled Lordstown Assembly plant in northeast Ohio. Burns is counting on licensing Workhorse intellectual property for the W-15 pickup to build a commercial version of the truck at the former Chevrolet Cruze plant. Workhorse would be a minority investor in Lordstown Motors Corp., the formal name of Burns’ group.

“The sale of SureFly and having a separate company negotiating with GM helps to reduce the need for additional cash longer term,” Osborne wrote.

The shared underpinnings of the W-15 and the Workhorse/Hackney prototype postal vehicles make Lordstown a good candidate to make both vehicles. A half-century of automotive manufacturing history and a skilled workforce also help the case for Lordstown.

Steering the postal contract to Lordstown Motors Corp. could help President Donald Trump make good on his promise to keep GM workers employed without having to move from northeast Ohio. Lordstown and the surrounding Mahoning Valley voted strongly from Trump in 2016.

“A positive outcome for the U.S. Postal Service contract would comfortably lead the company to profitability,” Osborne wrote.

Workhorse could still be in the black by the second half of 2021 if it succeeds in delivering the step vans to UPS and converts interest into firm orders for the W-15 pickup, he said.

Tilray CEO: Growth Should Continue For 'Quarters And Years'

The Details Of The Acquisition Of Sapphire Biotech By Medical Marijuana...