The combination of a breakdown in trade negotiations between the U.S. and China and a major yield curve inversion in the U.S. bond market has shares of Advanced Micro Devices, Inc. (NASDAQ: AMD) trading down 7% on Wednesday. Investors are getting more pessimistic about the outlook for U.S. stocks, particularly ones like AMD with high exposure to China. 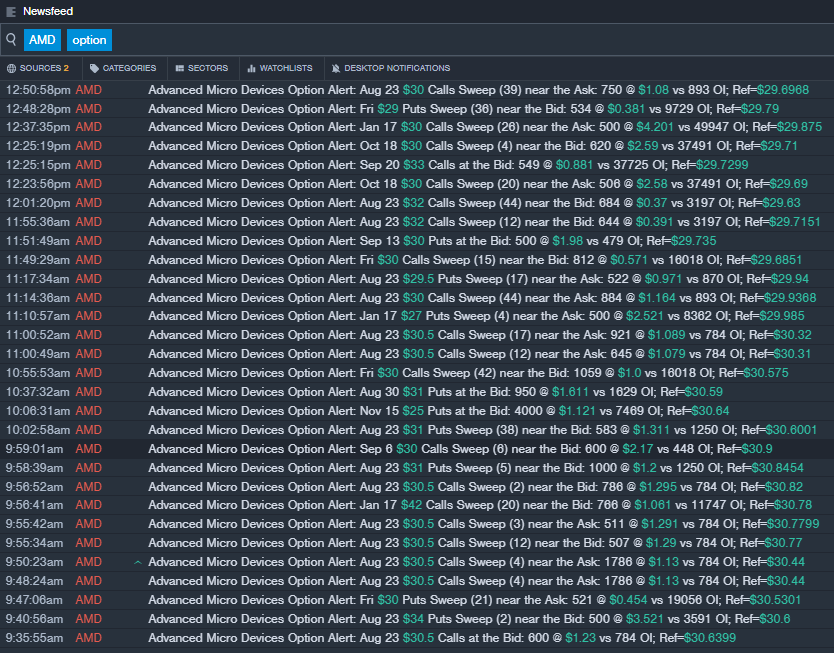 Even traders who stick exclusively to stocks often monitor option market activity closely for unusually large trades. Given the relative complexity of the options market, large options traders are typically considered to be more sophisticated than the average stock trader.

Many of these large options traders are wealthy individuals or institutions who may have unique information or theses related to the underlying stock.

Unfortunately, stock traders often use the options market to hedge against their larger stock positions, and there’s no surefire way to determine if an options trade is a standalone position or a hedge. In this case, given the relatively modest size of the AMD option trades by institutional standards, they are unlikely to be professional hedges.

Despite the heavy selling pressure that has driven AMD shares down on Wednesday, it may not be coincidence that the largest AMD option trades resulted in nearly a net neutral position. Traders seem uncertain about the outlook for the semiconductor giant and the market as a whole. However, traders often use the options market to make bets on extreme volatility, which might have accounted for at least some of the AMD option trades on Wednesday.

Roughly 26% of AMD’s total revenue comes from China, according to Goldman Sachs. As if the semiconductor industry weren’t volatile enough already, having its fate so closely tied to day-to-day trade war headlines makes AMD subject to extreme price swings similar to Wednesday’s sell-off.