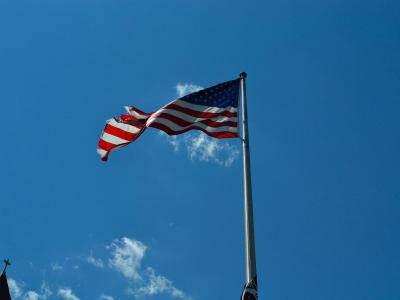 The test is scheduled to last through late September, says the document posted by the COAC Next Generation Facilitation Subcommittee.

Since its last in-person meeting in March, the subcommittee’s Emerging Technology Working Group has “progressed” through the integration of industry and CBP systems for CBP’s ongoing proof of concept (POC) on IPR, the document says.

The POC strives to facilitate shipments based on known licensing relationships through the use of blockchain.

In another document posted in preparation for the COAC meeting, the COAC Trusted Trader Working Group posted additional recommendations related to forced labor for future implementation of the Customs-Trade Partnership Against Terrorism (CTPAT) Trade Compliance program.

The working group posted a first round of forced labor recommendations for CTPAT in February.

Among other things, COAC is recommending that CBP design program requirements to encourage participation to facilitate self-identification of low-risk importers; that CBP and stakeholders hold informal meetings to learn about typical corporate social responsibility programs; and that CBP meet with third-party auditors who conduct social compliance audits in the area of forced labor.

CBP CTPAT Director Manuel Garza wrote in another COAC document that CBP has completed an online portal to enroll CTPAT-Trade Compliance participants and is in the “final stages” of preparing to launch the integration of importer self-assessment (ISA) members, on a phased basis, into the program.

ISA is another voluntary approach to trade compliance providing the opportunity for importers that have made a commitment of resources to assume responsibility for monitoring their own compliance in exchange for certain trade benefits.

The COAC Secure Trade Lanes Subcommittee also submitted recommendations for in-bond filings, saying all automated manifest systems and associated CBP policy should be significantly enhanced to allow a carrier to “take possession” of an in-bond shipment, where the initial in bond was applied in another mode automated system within the secondary mode system, and confirm the appropriate arrival/export within the assuming mode manifest system.

This would remove the need for multiple subsequent in-bond filings, the subcommittee wrote.

Further, the subcommittee is recommending that CBP develop written guidelines for electronically reporting the diversion of in-bond cargo, including the handling of entry filings in shipments that have been diverted.

CBP made it mandatory to submit in-bond filings electronically in a regulation that became effective July 29.

The agency plans to issue a Federal Register notice this month regarding a new bonding system for antidumping/countervailing duty (AD/CVD) imports, and to implement a new single transaction bonding requirement as early as September 21 or September 28, the COAC Intelligent Enforcement Subcommittee said in a report submitted for the upcoming COAC meeting.

COAC will recommend that CBP delay implementation of the policy to allow more time for review of exercises with sureties and programming time for Automated Broker Interface (ABI) vendors, the subcommittee said.

“Failure to do so will result in unnecessary burden on the trade,” the subcommittee said.

CBP also plans to implement a bonding pilot based on the forthcoming model, and to implement enhancements to the Automated Commercial Environment (ACE) to support the pilot to enable risk factor validation and bond sufficiency checks, the document says.